The iPhone 5 won’t need a federal database of stolen phones to prevent thieves from using your new iPhone if this handy little anti-theft feature is part of iOS 6.

Our favorite iPhone concept creation design firm AatmaStudio put together a video showing how the new iPhone and Siri can prevent thieves from using a stolen iPhone. Or as they say, “If you can’t have the iPhone no one can.

AatmaStudio’s vision of an iPhone 5 security feature is something worthy of a guest appearance in Mission Impossible Ghost Protocol, but Ethan Hunt is the only one who will ever see this type of iPhone security. 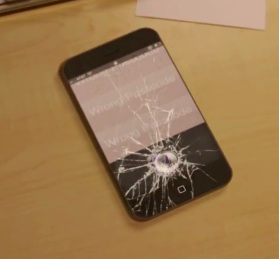 The possibility for injury from an iPhone that explodes to remote wipe would be too great for Apple to include it in the iPhone 5, but it looks cool.

We don’t expect the iPhone 5 to ship with such a spectacularly destructive feature, but perhaps Apple will update Find My iPhone with a photo upload feature to show who took your iPhone or integrate with Lojack for Laptops to  offer a premium iPhone recovery service as part of a new AppleCare warranty.

Apple is expected to announce iOS 6 at WWDC in June and we still expect an iPhone 5 release date this fall. The most likely time for a release is in October, one year after the iPhone 4S launched. Users looking for a larger, faster iPhone may want to hold off purchasing a new phone for a few months, as the new iPhone may have a 4-inch display and speedy 4G LTE.