Apple did away with the 30-pin Dock Connector in favor of the new Lightning port with the iPhone 5 and other recent iOS devices, including the iPad mini, new iPod touch, iPod nano and the iPad fourth generation. For many that meant their old speaker docks either didn’t work with the new devices or required adapters.

The accessory market is catching up slowly, and there are now four lines of speaker docks that support Apple’s new Lightning connector, though more will surely follow. 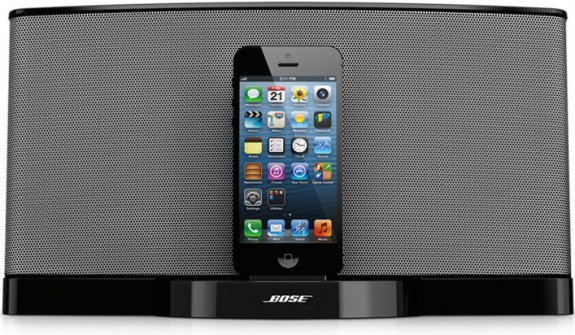 For the iPhone 5 Bose updated its SoundDock to support the new Lightning port. The SoundDock III looks the same as the SoundDock II. Everything, including the shape of the speaker, the aux-in port and the remote are the same on the new model. The only difference is now it has a Lightning connector instead of a Dock Connector.

The Bose SoundDock III is available now for $250. 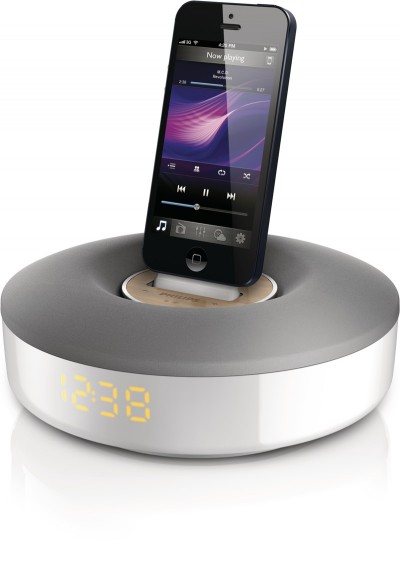 Phillips offers the least expensive speaker dock of the bunch with its collection of four speaker docks. The least expensive of these is the new Philips Bedroom Docking Speaker DS1155, which uses a circular design for omnidirectional sound. Because Phillips designed the DS1155 for the bedroom it also acts as an alarm clock with a digital clock that syncs its time with the iPhone 5. The DS1155 also has a second USB port to charge a second device on the bedside table.

Phillips’s dock lineup also includes the Philips Portable Docking Speaker DS7580, and Philips Room to Room Docking Speaker DS3205. Both sell for $150. The former is a portable speaker that can easily fit in a bag and lasts for eight hours on a single charge. The latter is a more stationary speaker dock with “high-quality neodymium speakers.”

The final Phillips speaker dock is the Philips Lifestyle Music System DCM2067 which includes a CD player and FM radio. Phillips hasn’t yet announced a price for the DCM2067. 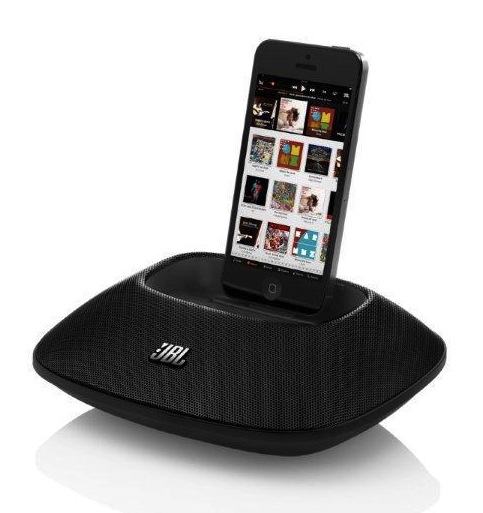 JBL was the first of the four companies to announce its iPhone 5 speaker docks. The company has two new docks for the iPhone 5: the JBL OnBeat Micro and JBL Vene LT. The OnBeat Micro sells for $99, has a small form factor that’s easily portable and a battery for taking it on the road. The Micro only supports the iPhone 5, new iPod touch, and new iPod nano.

The JBL Venue LT sells for $199 and is the more stationary dock. It supports every device with a Lightning port, including the iPad fourth generation and iPad mini. The Venue LT uses Harman’s Slipstream port technology to give it enhanced bass and a large soundstage, as well as Bluetooth connectivity so it can play music from other devices as well. 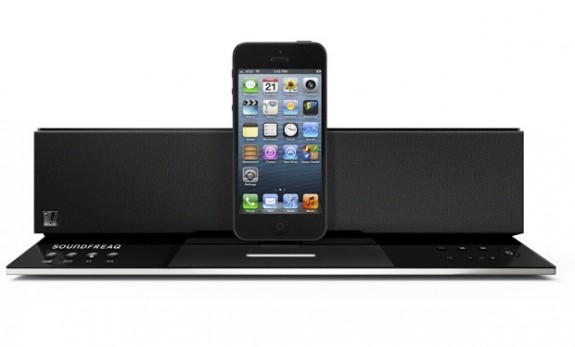 Soundfreaq recently announced a total of four new Lightning speaker docks, all of them updates to current speaker docks. The speaker company will update its Sound Rise, Sound Step, Sound Step Recharge and Sound Platform 2 to support the Lightning port. Unfortunately, none of Soundfreaq’s speaker docks will make it to stores until next year.

Soundfreaq will show off its speakers at CES in January 2013. The first model to come to stores is the Sound Platform 2, which will sell for $150 exclusively at Target.