For all that Straight Talk offers, it isn’t the cheapest iPhone 5 plan on the market, but it will save you hundreds over going with AT&T, Sprint or Verizon.

Here’s what you need to know about the Straight Talk plan before buying the Phone 5 at Walmart.

The pre-paid carrier market needs to join the major carriers in defining the amount of data customers can use. Straight Talk advertises unlimited everything with the iPhone 5, but Walmart and Straight Talk tuck a huge set of restrictions on the plan. That’s why anytime you see the word unlimited, it’s followed by a “†”. This tells you it’s not really unlimited. 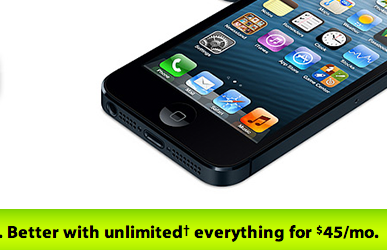 Note the asterisk next to unlimited.

Many users report data caps at 2GB per month or 100 MB per day. For some users this won’t be a problem, but for heavy media users looking to get an iPhone 5 cheap and use it to stream Netflix, watch Hulu Plus, download music, stream music and download apps up to 50MB in size, it could be a big problem.

When Straight Talk decides a user has used too much data, the company can cut them off with no recourse. Because the company doesn’t advertise what it believes too much use of unlimited data is, users are left guessing. 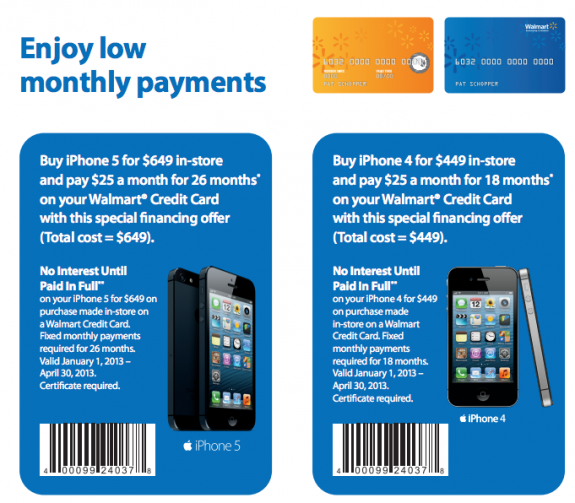 Walmart offers a payment plan for the iPhone 5.

Walmart offers a payment plan for the iPhone 5 to bring the cost down and make it easier to get the iPhone 5 today. The plan charges $25 a month with no interest on a Walmart credit card. This is a good deal for users who never miss a payment, don’t plan to put anything else on the card and will pay it off by the end of the special promo.

The downside is that this is as good as signing a two-year contract with Straight Talk. Yes, you can leave at any time, but you’ll still need to pay off the phone and 26 months is a long time to keep a smartphone.

There’s a reason Verizon consistently ranks #1 in JD Power customer service. Even if the call center agent can’t give you what you want on every call they aren’t stuck on scripts like old Dell call center agents from 2002. Call reps and twitter support reps for the big name carriers are much more helpful than you will find on Straight Talk.

After the website failed to reactivate our SIM we called Straight Talk to get help and the call rep wouldn’t believe we had a SIM for a smartphone, repeating that the system said it was a Tracfone and there was nothing else they could do about it. This mirrors similar calls for help in the past.

Same Towers as the Big Names

Straight Talk is not a household name yet, but it uses the same towers as major carriers. In this case the iPhone 5 on Straight Talk is a CDMA iPhone like those sold on Verizon and Sprint.

The good news is you’ll be able to get the same coverage as friends on Sprint or Verizon.

On top of fake unlimited data plans, Straight Talk features a confusing terms of service that state users cannot use the service to download apps or stream music or video.

The Straight Talk Unlimited Plans MAY NOT be used for any other purpose. Examples of prohibited uses include, without limitation, the following: (i) continuous mobile to mobile or mobile to landline voice calls; (ii) automated text or picture messaging to another mobile device or e-mail address; (iii) uploading, downloading or streaming of audio or video programming or games;

This is in stark contrast to the Straight Talk commercials which show music streaming with Pandora, and doesn’t match up with how people user their phones.

Even with these limitations, the Straight Talk iPhone 5 plan will save you hundreds over the cheapest iPhone 5 plans at AT&T, Verizon and Sprint. That’s including the purchase price of the iPhone 5 on all carriers.

Here are the cheapest iPhone 5 plans that we could recommend to users on each of the major carriers and on other pre-paid carriers.

It’s important to keep coverage, speeds and other factors in mind when picking an iPhone 5 carrier.

No 4G LTE or Tethering

The iPhone 5 features 4G LTE for fast uploading and downloading, but the Straight Talk iPhone 5 is limited to 3G. That means more waiting for downloads and occasional buffering while streaming music. This is actually a blessing as it’s easier to go through 2GB of data on 4G LTE than on a 3G network. 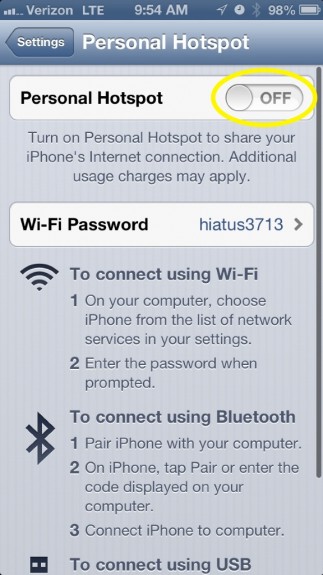 No Personal hotspot on Straight Talk.

Straight Talk also prohibits tethering or using the iPhone 5 as a personal hotspot. This means no connecting a WiFi only iPad or notebook to the Internet while traveling. Savvy users can likely find workarounds, but these would put them up against data usage limits and could cause service to be cut off.