While we wait for the iPhone 5 release date, a new 3D render of the new iPhone based on the iLab leak that shows a fully assembled non-working new iPhone.

In this new video, spotted by RazorianFly, YouTube user animatedvisual provides a 3D rendering of the iPhone 5 and compares it to the Galaxy S III.

The iPhone 5 vs. Galaxy S III 3D rendering video is one of the best size comparison videos we’ve seen, providing a look at the possible sixth generation iPhone from all angles.

In addition to comparing the iPhone 5 and the Galaxy S III size, the new video offers a look at the iPhone 5 design, including the new two-tone metal back, larger 4-inch display and taller design. There’s also a glimpse of the rumored small dock connector. 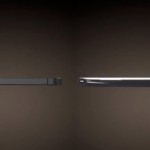 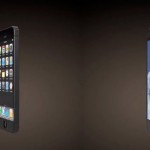 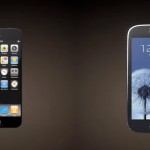 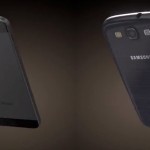 Sources claim Apple will announce the iPhone 5 on September 12th at a special event inside Apple headquarters in Cupertino, Calif. The sixth generation iPhone may carry the iPhone 5 name, or take after the iPad line with a new iPhone moniker.

A late September iPhone 5 release date looks good with September 21st offered up as the likely date you’ll be able to buy the iPhone 5 in stores and online.

This video will catch you up on the iPhone 5 release date in under 2-minutes.

The iPhone 5 has no confirmed features, but the most likely specs and features are starting to take shape as leaks spill possible details ahead of the release.

Apple resisted consumer demand for larger displays and 4G LTE for the past several years, but this time around it looks like the company feels 4G LTE is mature enough to add to the iPhone 5.

Verizon boasts the largest 4G LTE network, covering 75% of the U.S. population, while AT&T comes in second and Sprint a distant third.

While some users are not thrilled with the taller display and design, estimates peg potential iPhone 5 sales at 6 to 10 million in September, with the possibility of 170 million iPhone 5 device sales in the first year.