From iPhone 3GS to iPhone 5: Five Things I Love About the New iPhone

Earlier today, I powered down my iPhone 3GS and activated a new smartphone for the first time in three years. The iPhone 5 on AT&T’s 4G LTE network is my new daily driver and after spending a few days with it, I’ve already come to appreciate many aspects of Apple’s new piece of mobile hardware.

As I said in my final review of iOS 6 for the iPhone 3GS, if I hadn’t of bought the iPhone 3GS, I could easily survive another year with iOS 6 on my iPhone 3GS. It performs that well. However, the software wasn’t the main reason I made the switch. I was getting sick of the hardware. There were big things, like the camera for instance, but also smaller things like the speakers.

And now that I have the iPhone 5 up and running, I wanted to share five things I absolutely love about the iPhone 5 as someone coming from Apple’s iPhone 3GS.

For the past three years, while I’ve enjoyed iOS and my iPhone 3GS, I have been stuck on AT&T’s 3G network. I sat idle, watching Android phone after Android phone launch with 4G LTE. I sat back and scoffed at friends who bought the iPhone 4S with its 3G and HSDPA speeds. I wasn’t tempted by HSPA+. All because I wanted an iPhone 5 with 4G LTE.

For me, this is by far, the most important and the best thing about my move to the iPhone 5. 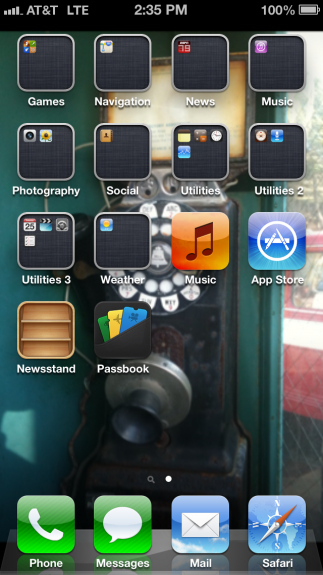 With 3G speeds, I was often left with videos that took forever to load and web browsing that turned my hair gray. With 4G LTE, which offers speeds that can reach up to 10 times faster than 3G, I am spoiled when I take my iPhone 5 on the go with me.

I can watch YouTube videos with ease. I can browse the web effortlessly. I can download attachments like the wind. I know at some point I’ll probably take this all for granted but that doesn’t mean I’m going to stop loving the fact that I now am in possession of these speeds.

Plain and simple, the camera that I once loved on the iPhone 3GS, was just downright terrible at the end considering what is now out there on the market. Photos while decent, weren’t crisp. And videos I shot at concerts I went to were just downright horrid. Many I watched once and then deleted while I cringed. 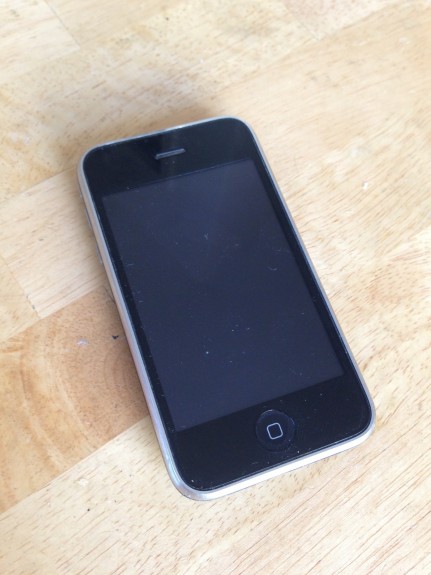 Sadly, these were moments that I wanted to capture on tape. Moments with friends, things that I didn’t want to forget and unfortunately, they’re gone due to the terrible quality.

These are new days though because the iPhone 5’s camera is a huge upgrade over the iPhone 3GS’. I can actually take photos that are crisp, photos that I want to share. And video is fantastic. I haven’t brought it to a concert just yet but I know that when I do, I’ll be able to keep my memories this time.

The iPhone 3GS with iOS 5 stuttered quite a bit. Opening up Messages or the Browser would sometimes take awhile and loading up apps would be a chore. With iOS 6, Apple seems to have ironed those issues out a bit but the speed of everything on the iPhone 3GS doesn’t even come close to how fast things are on the iPhone 5.

Switching through apps is a breeze. Apps open when I tap them. Opening the Camera app doesn’t take a century. To be honest, I haven’t experienced any kind of lock ups yet.

The speakers on my iPhone 3GS weren’t bad but the iPhone 5’s speakers seem to be louder and crisper. And for someone like me who watches a ton of sports highlights on the iPhone before falling asleep at night, this is absolutely crucial.

I imagine it will come in handy when I need to listen to music and don’t have any headphones as well. That happened to be on occasion with my iPhone 3GS.

I should also point out that today, when I made my first phone call (which of course was to my Dad), he sounded better than he ever had on my iPhone 3GS.

Lastly, the screen. Coming from a non-Retina display on my iPhone 3GS to the 4-inch Retina display on my iPhone 5 wasn’t too crazy because I’ve had a Galaxy Nexus by my side for nearly a year. Nonetheless, a 4-inch display is, for me, the sweet spot (especially because it can house that fifth row of icons), and thankfully I’ll never have to watch content on a 3.5-inch non-HD screen again. 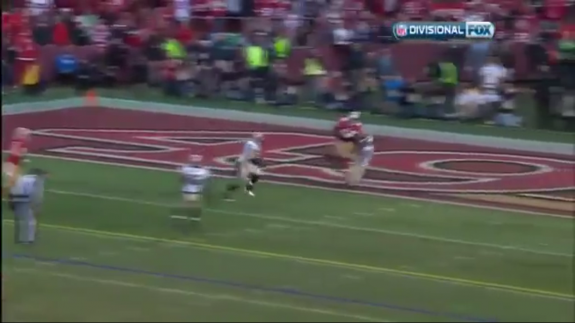 Now I can watch Vernon Davis beat the Saints in widescreen.

However, it’s not the resolution or size that I love most about the display. It’s the 16:9 aspect ratio.

With a 16:9 aspect ratio, I can go onto YouTube and watch a video in true widescreen format. With the iPhone 3GS, not only was the content not in HD, but it also had huge black lines separating the video from the edges of the phone. Those black lines are virtually non-existent with the iPhone 5.

So, thus far, those are the five things I am really liking about the iPhone 5, coming from the iPhone 3GS. What do you like so far about your new smartphone?