Apple’s iPhone 4 might be several years old, but it’s still being sold, and bought by consumers around the United States. The company’s iPhone 5, launched last September, is set to be replaced by a new iPhone in the weeks ahead but it remains and will remain a viable contender as well. There are likely to be consumers debating between the two and here, we take a look at some things prospective iPhone 5 and iPhone 4 buyers need to know before making a purchase.

Millions of consumers likely are looking ahead to later in the year when Apple introduces a new iPhone, or as rumors suggest, new iPhones. Rumors are centered on two new iPhones for 2013 including an iPhone 5 and an iPhone 5C, the latter of which is supposed to be a plastic, cheaper compliment to the flagship model. 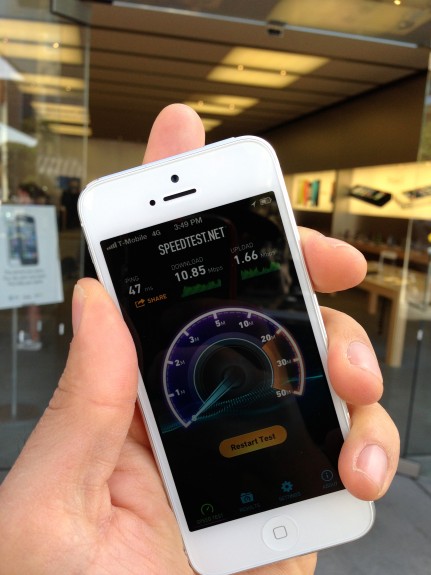 The iPhone 5S is expected to deliver a number of upgrades over the iPhone 5 including an improved camera, faster processor, and quite possibly, a fingerprint reader. It’s said that both devices will be launched in September so it’s not surprising that consumers are interested in their launches.

However, there are consumers out there who are interested in an iPhone but don’t necessarily care about the iPhone 5S, iPhone 5C or any of the rumors. Those consumers may want an iPhone now or perhaps in the near future. Apple fortuantely has them covered as the company currently boasts a lineup of three iPhone models including the iPhone 5, iPhone 4S and the iPhone 4. All have their perceived advantages and disadvantages that consumers will need to wade through before buying.

Performance is Night and Day

The first thing that prospective iPhone 5 and iPhone 4 buyers need to know before buying is that the performance between the two is night and day. What people seem to forget is that the iPhone 4 is a device that is using technology that is now three years old. It’s not new. For instance, its processor is slower than the iPhone 5’s, its camera is no where near as good either.

What this means is that the overall speed of the iPhone 4, while decent, is simply not going to match up with the iPhone 5’s. Apps will open slower, app performance won’t be a crisp, and the overall feel of the user interface is going to be more sluggish. 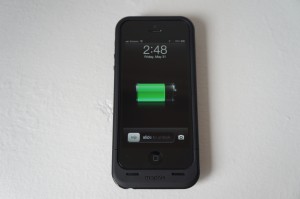 The iPhone 5 is snappier than the iPhone 4.

As for the camera, the iPhone 4 won’t be able to shoot as good of photos or video as the iPhone 5. In particular, low-light photos aren’t going to turn out as well as they do on the iPhone 5 and sounds in noisy environments like a concert won’t be as crisp.

Those looking for the higher performance device will want to take a close look at the iPhone 5 which employs more recent technology.

The iPhone 4, like the iPhone 4S, does not feature 4G LTE support on AT&T, Sprint or Verizon. What this means is that the device is limited to 3G or HSDPA on AT&T, neither of which are as fast as the LTE speeds that the iPhone 5 can pull down.

Apple’s iPhone 5 was the company’s first 4G LTE smartphone and what that means is that it can pull down speeds that are up to 10 times faster than those found on 3G. For a portable device like the iPhone 5, this is crucial as it allows users to experience near-Wi-FI data speeds whilst out on-the-go.

Granted, LTE drains battery quicker than a 3G or HSDPA network but the iPhone 5 is equipped with a large enough battery that average users can still get a good day of use out of the device before it needs to be recharged.

Those who are thinking about buying one of these phones will want to wait a few more weeks if it’s impossible. When Apple announces a new smartphone, it tends to keep its older devices around with discounted price tags. When the iPhone 5 came out, Apple discontinued the iPhone 3GS and dropped the iPhone 4 down to free and made the iPhone 4S $99 on-contract.

The iPhone 5 currently sits at $199.99 on-contract but that price likely will only stick for a few more weeks. While we’re already seeing some iPhone 5 deals emerge this summer, Apple itself will likely drop the price down to $99 on-contract when the new iPhone 5S arrives. This price point makes the iPhone 5 even more attractive than it is right now.

Best of all, the iPhone 5S is rumored for September so we should see a price drop emerge in just a few weeks.

iPhone 4S Will Be Free Soon 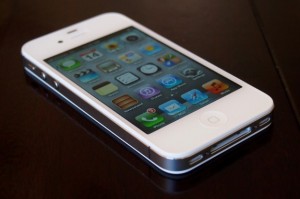 The iPhone 4S will more than likely be free soon.

Apple will more than likely do the same with the iPhone 4S. While it’s currently at $99, Apple should move the device down to free on-contract, taking the place of the iPhone 4 which will likely be discontinued.

Even if Apple does not do that, we should still see cheaper iPhone 5 and iPhone 4 prices at both retailers and carriers that sell both devices come iPhone 5S launch.

Buyers that can hold out will want to hold out.

Speaking of being discontinued, Apple typically keeps its devices around for three software cycles before getting rid of them completely. The iPhone 4 is about to enter the twilight of its life with the release of the iPhone 5S and iOS 7.

First, the device will more than likely disappear from Apple’s shelves. Then, next year, the device will likely be truly discontinued as the iOS 7 update figures to be the last major update that it receives.

What this means is that those looking to buy the phone now, tempted by its free price tag, will be buying a phone that will likely see its software support end a year from now. That means those buying a phone will see support end one year into a contract, something that for many people won’t be ideal.

The iPhone 5 however is going to be supported for years to come with iOS 7 its first major update since its arrival last September. Buying it on a new two-year contract does not come with the same compromise as the device will likely get at least two more years of support.

These require data plans and data plans are not cheap. That’s something to think about before buying into a device that will no longer be sold in just a few weeks or supported in a year.

Something else that buyers need to think about is design. The iPhone 4 uses Apple’s older design that incorporates glass and plastic instead of the aluminum and metal found on the iPhone 5. While there have been questions about the iPhone 5’s durability, they have never reached the heights that complaints about the iPhone 4’s glass did. 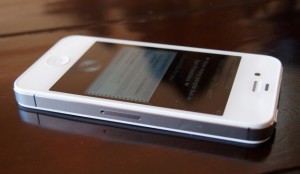 The iPhone 4S features a glass back.

The iPhone 4’s glass back is susceptible to cracking. Owners are not required to use a case but bringing it out into the world always runs the risk of damage. The iPhone 5 on the other hand does not have a glass back so the worst that can happen is scratching to the device’s metal casing. (Note: I’ve had the iPhone 5 for nearly a year and while there is a bit of wear and tear around the edges, the back looks brand new.) Neither is flawless but the glass is arguably more fragile.

The iPhone 5 is both lighter and thinner than the iPhone 4, making it a much nicer phone to hold and store. The iPhone 4’s 9.3mm frame isn’t bulky but it’s definitely thick by today’s flagship smartphone standards.

Lastly, buyers need to think about the fact that the iPhone 4 uses Apple’s old 30-pin dock connector. While that was the standard for a number of years, it has since been replaced by Apple’s Lightning standard which arrived with the iPhone 5 and has spread to the iPad.

A small bonus is that the Lightning standard allows users to plug the charger in any way they want instead of having to use one side.