Apple won’t announce the iPhone 5 until tomorrow but thanks to leaks and rumors accessory manufacturers already have their new products ready for the device. While most case manufacturers won’t talk about their designs for the new iPhone 5, a few are already talking and willing to give us samples. 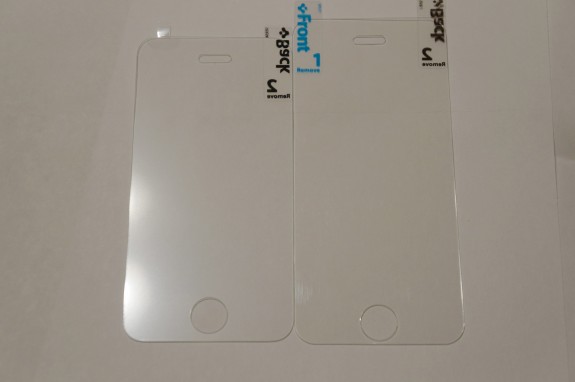 The iPhone 5 screen protector is taller than the iPhone 4S model, but is the same width. When placed on an iPhone 4S the width fits perfectly, but the top extends past the phone’s edge.

The home button is also changed on the iPhone 5 front panel. The button is closer to the bottom of the device, and is a bit smaller. We assume both of these changes are to make room for the taller screen. 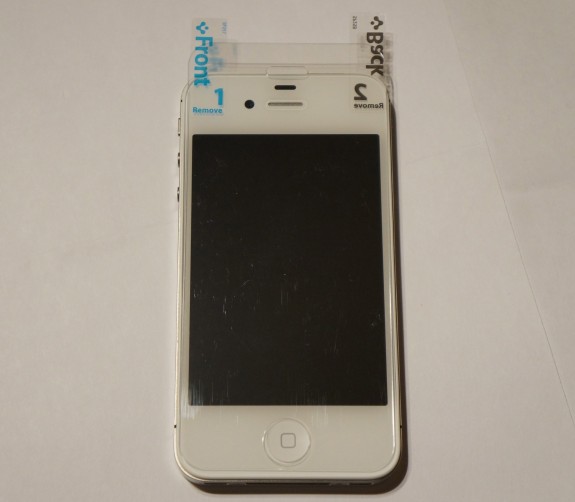 The iPhone 5 screen protector is taller than the iPhone 4S, and uses a smaller lower home button opening.

Spigen is confident in its design for the iPhone 5 screen protector, but it will replace it with a new model if Apple’s design is different. The screen protector is available now for $27.99 from it’s website.

Apple will announce the iPhone 5 tomorrow, September 12. The rumored iPhone 5 release date is just nine days after the announcement on September 21. The new iPhone will likely have 4G LTE, a slightly larger battery, and a smaller dock connector. 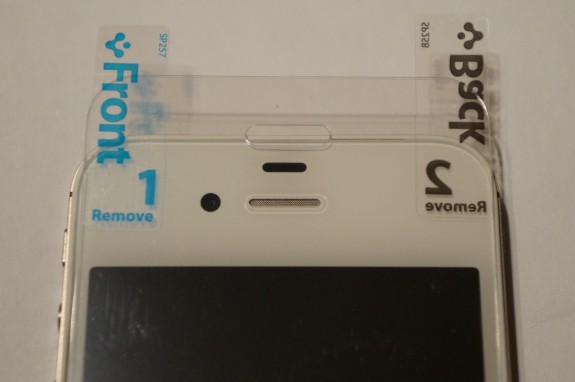 Closer look at how much taller the iPhone 5 will be.