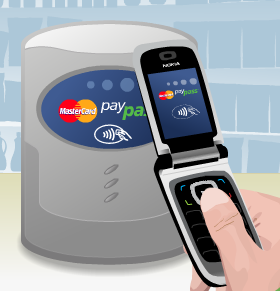 After reports earlier this week saying that Apple would not be incorporating near field communication (NFC) technology on the latest iPhone 5 anticipated to be released this summer, the latest report from a Forbes editor says that the next-generation flagship phone will indeed come with NFC support.

Near field communications is a type of RFID technology that will allow devices with the NFC chips in close proximity to communicate with each other. Unlike Bluetooth technology where pairing and authentication is required, NFC devices can exchange information more seamlessly. The technology has been adopted by Google in the Android flagship Samsung Nexus S and NFC is anticipated to be paving the way for a mobile payments mechanism where smartphone users with NFC phones can walk into a grocery store and pay for merchandise by waving their phones near an NFC reader.

Forbes’ Elizabeth Woyke wrote on Twitter, “Just met with an entrepreneur who says the iPhone 5 *will* have NFC…according to his friend, who works at Apple. Huh.”

In addition to a mobile payment mechanism or digital wallets that would integrate with credit cards stored on a consumer’s iTunes account to pay for goods in the real physical world, Apple may have other plans as well for NFC technology. A while back, an Apple patent was uncovered where the company hopes to integrate NFC with desktops and laptops as well. That way, you can store your computer’s settings, address books, calendars, and other short bits of information on your iPhone. When you’re at a public Mac computer, and that computer has NFC, all you would need to do is wave your iPhone to the computer and your home desktop settings–wallpapers, program shortcuts, etc–would all appear on this foreign computer, bringing the familiarity of your home computer with you. there are other applications for NFC as well.

It’s unclear if NFC will or will not be coming to the iPhone 5 at this point with conflicting rumors and speculations on the Internet.