According to a recent product listing on UK carrier Vodafone, Apple’s next-generation iPhone 5 will maintain the current 16 and 32 GB storage capacities that’s been offered on the iPhone 4 and iPhone 3GS. The carrier’s website mentions that the new flagship Apple smartphone would be offered in both black and white color variants, similar to what Apple has been offering, but will not get a bump in storage space.

Apple has been offering 64 GB storage space on some of its mobile products, including the iPod Touch and the iPad. However, given the company’s shifting strategy to the cloud to provide information, data, storage, and the ability to share information, an increase in local storage may not be crucial as users can store a bulk of their data in the cloud on iCloud and download whatever content they would need on the go. 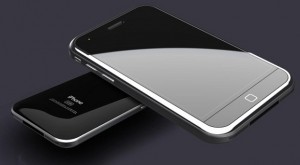 The iPhone 5 was mentioned in Vodafone’s listing for its Sure Signal signal booster product site and lists the next-generation flagship under the compatible phone tabs. However, the iPhone 5 product mention has since been removed from the site and is no longer showing.

The shift to iCloud is a departure from Apple’s old storage strategy that emerged when the original iPod launched–that device is now known as the iPod Classic in its most current incarnation. With the iPod, Apple tells users that with ample storage, they can take all their music with them on the go. However, the paradigm changed when Apple implemented more expensive flash storage on smaller iPod models, and now with iCloud, there is a new balance that’s created between the old storage paradigm of yore and the costly price of flash storage.

The Vodafone page implicitly suggests that the white variant of the iPhone 5 will also be available at launch. With the iPhone 4, due to complications with the paint mixture, Apple was unable to deliver the white iPhone 4 at launch and the white version suffered long delays before it was finally made available.