Apple’s iPhone 5c is slowly starting to become sold out, as certain colors and storage options are seeing shipping delays. Specifically, unlocked versions seem to be seeing a high demand, as some color and storage combinations won’t ship in time for the phone’s official launch on September 20.

The white 16GB, red 16GB, yellow 16GB and 32GB, blue 16GB, and the green 16GB and 32GB are all on back-order and can’t be shipped out to customers until September 25. The yellow 16GB version was the first to see a back-order last week, and other models have since followed.

The iPhone 5c became available for pre-order on September 13 at midnight on the west coast (3 am on the east coast). Unlike past Apple pre-order releases, the iPhone 5c was still fully available when we woke up in the morning, but later on in the day, the yellow 16GB version was the first to bite the dust. 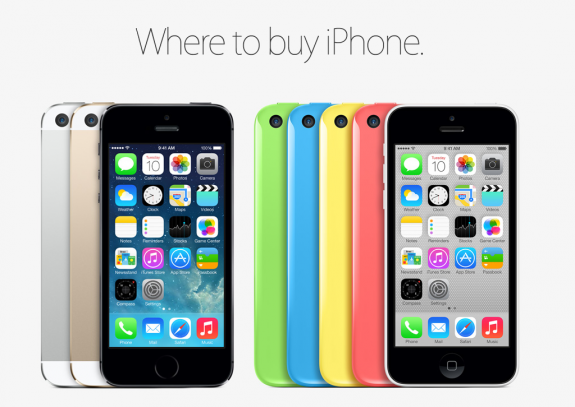 iPhone 5c cases from Apple are a different story. We discovered last week that the accompanying cases for the iPhone 5c are delayed by one to two weeks. Specifically, when we ordered a case to go along with our iPhone 5c pre-order, we were told that we would get the case until at least September 26, which means we’ll have to go caseless for a few days and hope that we don’t drop the phone in the meantime.

As for carrier versions of the iPhone 5c, Apple’s website still lists all colors and all storage options fully available for all four carriers, so if it’s an iPhone 5c on-contract that you’re wanting, you won’t have too much to worry about if you’re thinking of waiting to pre-order one until the reviews are out. Of course, though, the new phone will be on display at Apple and carrier stores starting on September 20, so you can even get a look for yourself to see if you’ll like it or not.

The iPhone 5c is essentially the equivalent to the iPhone 5, with the exact same internals, but the iPhone 5c comes with a slightly better camera this time around, and it’s obviously dressed in a colorful plastic shell that’s reinforced with steel. It comes with an A6 processor and 1GB of RAM on the inside, and is covered with the same 4-inch Retina display on the front. However, you can still get an iPhone 5 discounted at pretty much any carrier and retailer that sells Apple products, and we’d highly recommend getting the iPhone 5 over the iPhone 5c anyway.