The iPhone 5c went up for pre-order late last night at midnight (technically this morning) on the west coast, which is 3 am on the east coast. If you weren’t in a rush to get one, you probably didn’t bother staying up late in order to reserve your own unit and take the chances of them being sold out. However, the iPhone 5c is still up for pre-order with a delivery date of September 20. 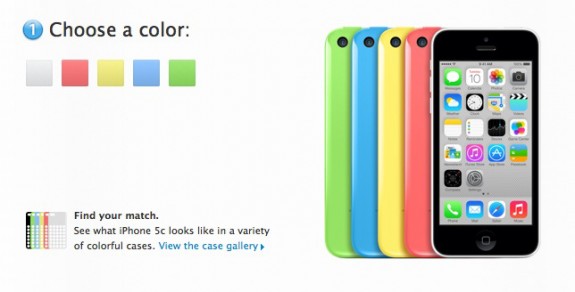 As for individual carriers, Verizon, AT&T and Sprint still have pre-orders available with a delivery date of September 20 still listed. As for retailers who are carrying the new iPhones, Best Buy requires that you pre-order the iPhone 5c in stores and RadioShack doesn’t have the new phones even listed on their website yet, so it seems retailers might not be the best place to go if you’re looking for a quick and easy way to pre-order the iPhone 5c.

It’s not known how much inventory of the iPhone 5c is available strictly for pre-orders, but it seems Apple either set back plenty of units, or people may just not be gobbling them up as quickly. In the past, iPhones have sold out rather quickly during their pre-order phase. However, they still could sell out, especially after the second wave of users get online in the morning to pre-order the phone (those who didn’t wait until midnight).

The iPhone 5c is essentially the equivalent to the iPhone 5, with the exact same internals, but the iPhone 5c comes with a slightly better camera this time around, and it’s obviously dressed in a colorful plastic shell that’s reinforced with steel. It comes with an A6 processor and 1GB of RAM on the inside, and is covered with the same 4-inch Retina display on the front. However, you can still get an iPhone 5 discounted at pretty much any carrier and retailer that sells Apple products, and we’d highly recommend getting the iPhone 5 over the iPhone 5c anyway.