Apple isn’t talking about the iPhone 5S design yet, but the next best thing is chatter from iPhone case makers who are already planning on an iPhone 5S that looks a lot like the iPhone 5, but with one change that could force anyone upgrading from the iPhone 5 to buy new cases.

Last year we shared the iPhone 5 engineering sample which a case maker used to test the fit of new cases, and as we approach that same timeline with the iPhone 5S we are already seeing plans leak out that show what case manufacturers plan to do for the iPhone 5S.

These specific iPhone 5S dimensions and specifications aren’t linked up to a specific source, but as we learned in our behind the scenes look at how companies prepare for un-announced Apple products — at a certain point the rumors align enough to begin planning cases.

For the iPhone 5S, that time is now, at least at one “well-known third-party manufacturer,” who shared iPhone 5S blueprints with AppleInsider. 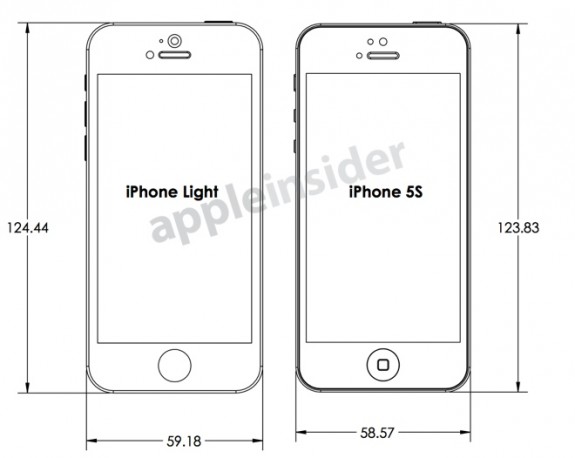 A set of images show the dimensions and expected iPhone 5S features, as well as  those for the iPhone Light, which is what this case maker is calling the iPhone Light. The iPhone Light is the rumored budget iPhone that Apple could use to gain a bigger foothold in emerging markets. 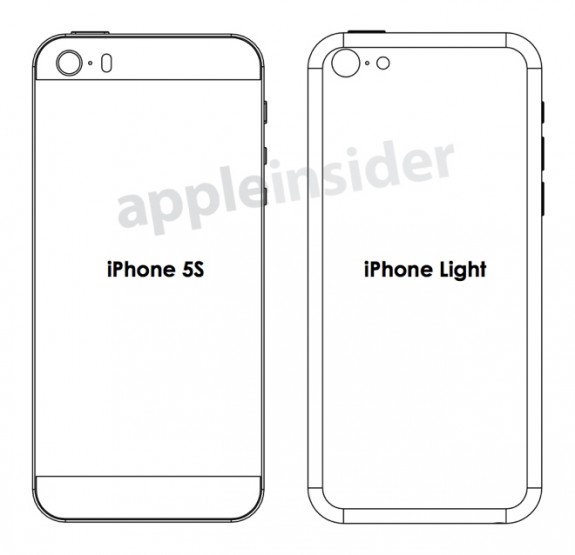 A case maker plans for an iPhone 5S with a pill-shaped dual-LED flash that could mean existing iPhone 5 cases don’t fit the iPhone 5S.

The images of the back of the iPhone 5S blueprints confirm that case makers are at least planning on an iPhone 5S with a dual-LED flash. The image above shows a pill-shaped flash next to the camera, which is different than the circle flash on the iPhone 5. One common iPhone 5S rumor is a better camera and a new dual-LED flash.

Apple offers a recommended keep-out area for the iPhone 5 flash, which is already tight on many cases. This area is supposed to remain clear of the flash to let it work without bouncing off a case. The image below from Apple’s iPhone 5 blueprint outlines the area that needs to stay open, and an example of how close some iPhone 5 cases already come to this area.

With this in mind, existing iPhone 5 cases might not work as well as new ones that leave more room for the flash to fire, especially thicker ones like iPhone 5 battery cases.

The cheaper iPhone Light is wider, taller and thicker than the iPhone 5S in these blueprints. If Apple plans to produce a cheaper iPhone it will likely appear in markets outside of the U.S.

These are not as detailed as the iPhone blueprints Apple shares with case-makers after announcing a new phone, which show many more measurements and details, but they do offer similar information. 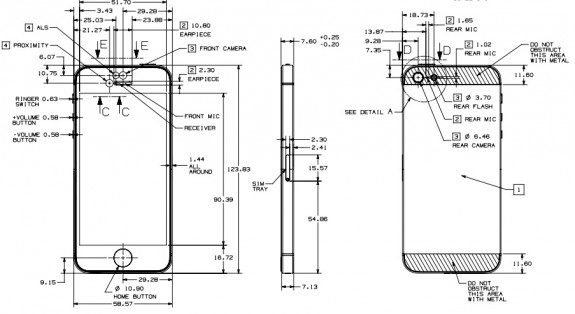 This is what an official iPhone 5 blueprint looks like direct from Apple, offering details to case makers.

The iPhone 5S is rumored for a fall release, with multiple sources pointing to September. If case makers are planning on iPhone 5S cases based on the current leaks, and with the uptick in iPhone 5S parts leaks, this timing fits past Apple launches.

Read: Why You Should Wait for the iPhone 5S

Case makers aren’t always spot on with their pre-release iPhone designs, Hard Candy cases made 50,000 iPhone cases for the wrong design in 2011, and incorrectly predicted the launch of the iPad 5 last week. Overall these case makers keep a close eye on Apple products, because being first to market when a new device arrives can pay off.