Apple is undoubtedly working on the iPhone 5S, a new iPhone with a 2013 release date that is likely a refresh, but by looking through Apple patents we get an idea about what kind of technology Apple wants to put into future iPhones.

It’s unlikely that Apple can add a transparent display in the iPhone 5S, but the patents, rounded up and mocked up by InventHelp hint at the type of iPhone Apple would like to build.

Some of these features are similar to the concepts we saw floating around before the iPhone 5 release in September, but they are based on Apple patents, so Jony Ive and team could be experimenting with some of them inside Apple headquarters in Cupertino.

The iPhone 5S is likely an incremental upgrade, as is Apple’s pattern, so we might not see the most exciting features arrive until the iPhone 6 or later in the iPhone life cycle.

Apple patents reveal Apple is testing and experimenting with a projector iPhone, an iPhone with a smart bezel, an eInk iPhone and a transparent display. 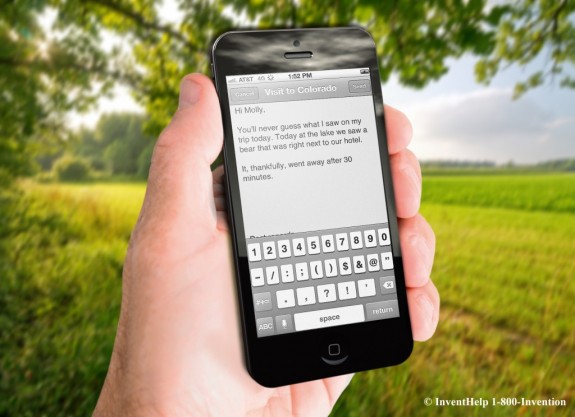 A new iPhone could feature a hybrid eInk and LCD display.

When it comes to the iPhone 5S, the most likely inclusions might be the hybrid eInk LCD display, to offer longer battery life and better outdoor visibility. This isn’t the first time we’ve heard of a hybrid eInk and LCD display, but Apple takes a different approach, aiming for a screen that is smart enough to automatically switch between eInk and a color video screen on demand. 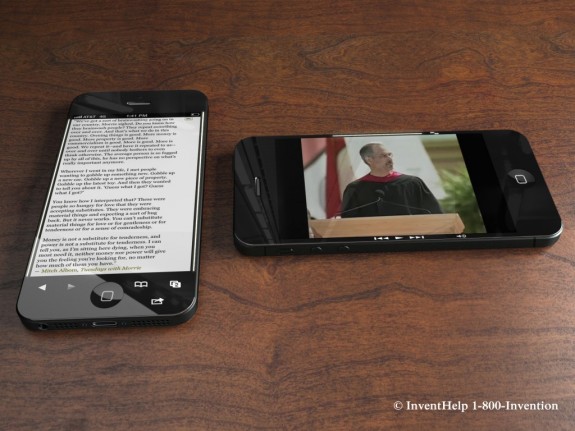 The iPhone 5S , or a future iPhone, might include a smart bezel to move controls off the screen.

The Smart Bezel iPhone patent shows an iPhone that uses small parts of the plastic around the screen, known as the bezel, to house alerts and accept input to control an app. This could allow Apple to show more on the display without increasing the screen size again, as shown in the image above.

Other Apple patents point to an iPhone with a projector built-in that simplifies sharing photos and videos with friends and family. Another patent points to a transparent display that could make augmented reality even more realistic. The video below shows these, and other features, that users might want in a new iPhone.

We likely won’t see an iPhone 5S with these features, but we may see Apple incorporate them into future versions off the iPhone.