The iPhone 5S will arrive in September and the iPad 5 will make an appearance in October according to a new investor note from Citigroup.

These new release dates match up with TIm Cook’s comments at the Apple Q2 earnings call, which brought news that Apple’s new products and services won’t arrive until the Fall.

This is the second Citigroup report out that pushes back the iPhone 5S release. On April 22nd, a note claimed the iPhone 6 is delayed into 2014 and the iPhone 5S faced delays into August or September.

In this latest research note shared on China Times, Citi also claims the iPad 5 (Apple’s full size 9.7-inch iPad) will arrive in October. The iPad 4, which is currently on store shelves, launched in late October 2012. This would mark a full year between iPad releases, restoring the previous Apple update cycle. 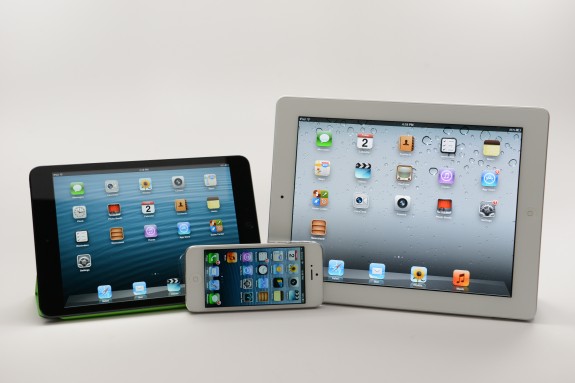 Rumors point to a September iPhone 5S event and a October iPad 5 launch.

There is no mention of the iPad mini 2 in this report, though earlier estimates claim it is also delayed and will launch alongside the iPhone 4S this fall. If Apple is planning an iPad event for October it makes more sense to launch the iPad 5 and iPad mini 2 at the same event and leave the iPhone 5S event focus on the phone.

Citi also estimates that a cheaper iPhone will arrive in September, but a TD version would not arrive until later that month or in early October.

The iPhone 5S is said to be the next generation iPhone. While this will be the seventh iPhone, many expect Apple will deliver a design that looks like the iPhone 5 and update the name to iPhone 5S.

As for iPhone 5S features, rumors claim we can expect the same 4-inch display size, a better camera and a faster processor as well as a possibility of a fingerprint reader and NFC support. There are also rumblings that the iPhone 5S will arrive in more color options.

Despite rumors the iPhone 5S would start production and launch this summer, it appears Apple is planning for a fall iPhone 5S release.

The iPad 5 is reportedly the next full size iPad. According to leaked photos and analyst expectations it will be smaller in size than the iPad 4 thanks to an iPad mini style design. The latest report claims it will be 25% lighter and 15% thinner thanks to new display technology and a smaller battery.

The overall look of the iPad 5 will likely be just like a larger iPad mini, and if this is true expect to see the iPad mini software included which prevents accidental taps on the screen due to smaller side bezels.