The big focus of this concept is on iOS 7, which Apple will very likely show off on Monday June 10th, but the demo also includes an iPhone 5S that users can use to navigate around an iOS 7 mockup, complete with multiple colors for the iPhone 5S.

iOS 7 should come to the iPhone 5 and several other models, but the iOS 7 release should arrive in time for the rumored iPhone 5S, which could see some exclusive iOS 7 features. 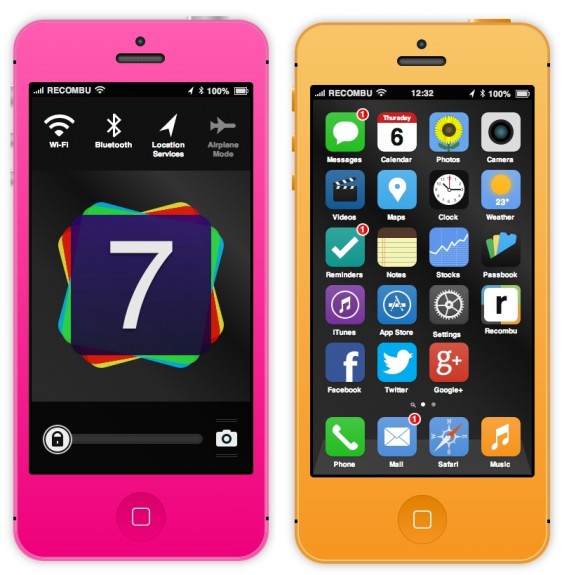 This cool iOS 7 concept allows users to click around iOS 7 on the iPhone 5S and see what new features could look like. Users can load the page on the iPhone to tap around it for a closer to real experience, but when scaled the power and home button aren’t available on-screen.

Much of what we see on this iOS 7 concept comes out of leaks by 9to5Mac, which is predicting several new features and a facelift for iOS 7. The iPhone 5S concept is an iPhone 5 with more color options including pink and orange. While there’s nothing standout about the looks, aside from color, that’s close to the iPhone 5S rumors.

The iOS 7 concept lock screen offers access to the camera as always, but also includes fast access to toggles by tapping next to the clock. This is a feature found on many Android devices and a common jailbreak tweak.  The lock screen also comes with a new look that is toned down from the glimmering slide to unlock slider of earlier versions.

The power toggles are also in the Notification Center right below the weather offering access to settings. The background is flat with no linen background.

It’s an interesting take on how Apple could change the look of iOS 7 to remove some of the real world elements like a the yellow legal paper in Notepad and other small usability and design tweaks. 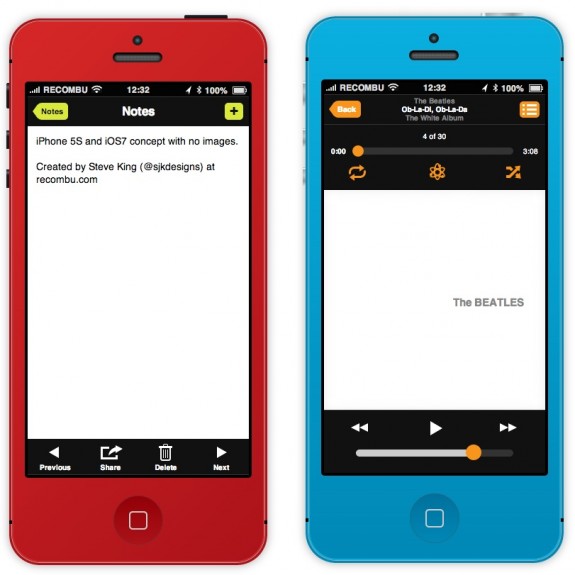 One look at how IOS 7 apps could look with a new design.

Apple takes the stage at 10 AM Pacific on Monday June 10th to show off the future of iOS and OS X. This very likely means we will see the first real look at IOS 7 and OS X 10.9. We expect a new look, but not a drastic change in usability for the new version of iOS.

We expect Apple will offer an iOS 7 beta soon after WWDC, which curious users can try for a $8 fee paid to a third-party. The public iOS 7 release date will likely come later this year near the rumored iPhone 5S release.