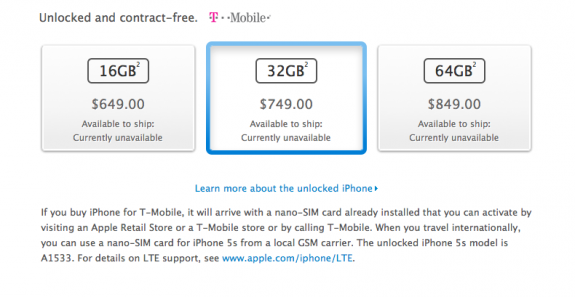 The iPhone 5S off-contract pricing is as expected.

Rumors going into today’s iPhone event suggested that the iPhone 5C could be around $500 off-contract. In reality, the device will start at $549 off-contract for the 16GB model and will jump up to $649 for the 32GB iPhone 5C, or, same as the iPhone 5S.

What this means is that the cheapest iPhone 5C off-contract pricing is going to be far more expensive than Google’s Nexus 4 which checks in with an unlocked price of $250 for a 16GB model. The Nexus 4, however, does not have LTE. 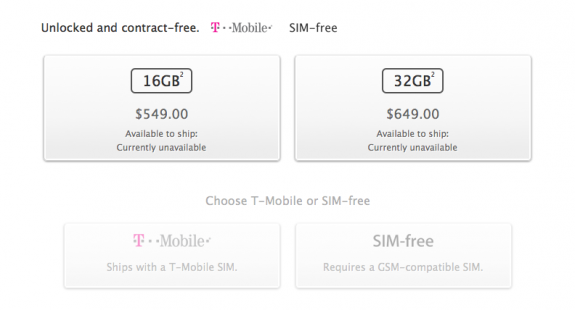 The company’s iPhone 5S retains a design similar to the iPhone 5 while adding in big time upgrades like a fingerprint reader, A7 processor and a new camera sensor. The iPhone 5S will come with a similar 4-inch Retina display but will instead feature an 8MP camera sensor and a plastic shell that offers various colors.