A possible iPhone 5S part is on display today, on the heels of rumors that iPhone 5S production will start next month for a fall release.

The purported iPhone 5S motherboard part comes from a japanese website and was discovered by Nowwhereelse.fr which compared the part to the iPhone 5 in order to deduce that it likely plays a role in the iPhone 5S camera setup. 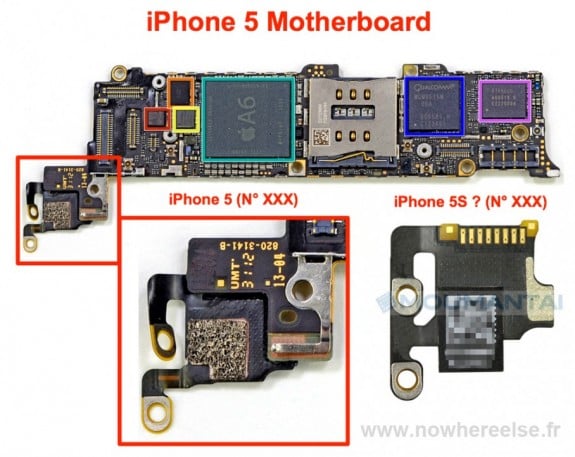 This small part looks similar to the iPhone 5 part shown in the image below, and appears to connect to the iPhone motherboard at the top of the device, which points to connections for a front and rear facing camera. iPhone 5S production is reportedly set to start in June or July, and we tend to see small part leaks as production approaches and suppliers ramp up.

Based on availability, and the iPhone 5’s use of a part from the same manufacturer we could also see the iPhone 5S arrive with an improved front-facing camera. OmniVision announced a smaller sensor for front-facing smartphone cameras that could deliver 1080P HD video calls and better looking self portraits. This part will go into full scale production in Q3 with a smaller form factor  which could require a change in this part. 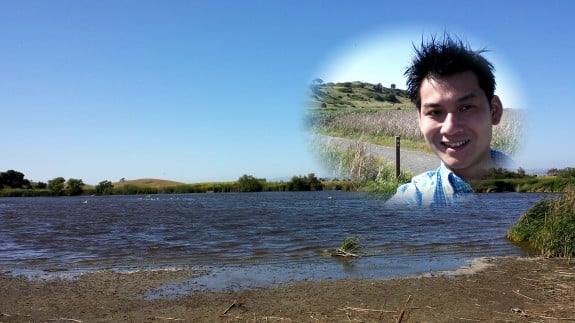 The iPhone 5S and iOS 76 may be able to perform a DualShot-like feature.

Apple is reportedly working on an iOS 7 feature which would use both the front and rear cameras at the same time to let users stay in the photo. Samsung announced this DualShot feature on the Samsung Galaxy S4, which works for photos and videos. This remains a rumor, but Apple is reportedly completing an overhaul of IOS for the next release, and Apple’s camera app looks dated compared to Samsung and HTC apps.