Earlier, Apple confirmed that the iPhone 5S would go on sale on September 20th but at the time, it did not say exactly what time it would be going on sale. Past iPhones have gone up for sale at midnight ahead of their release but with no iPhone 5S pre-order, buyers were left looking for answers. 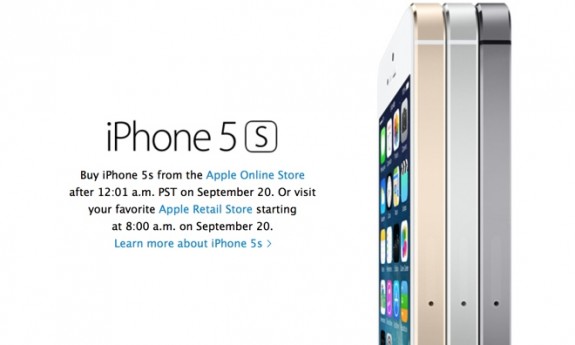 The iPhone 5S will go up for order at midnight, September 20th.

We expect AT&T, Sprint, T-Mobile and Verizon to offer up orders at that time as well though we haven’t seen any of them confirm that just yet. Last year’s iPhone 5 launch caused site issues for just about everyone, including Apple, so those that want to avoid those will simply need to go to a retail store or wait for the initial rush of orders to play out.

There is a chance that the iPhone 5S could sell out very quickly as past iPhones have done. The iPhone 5 was sold out well ahead of its release date last year. Apple’s iPhone 5C, the cheaper plastic iPhone has yet to sell out completely after its pre-orders began at midnight. 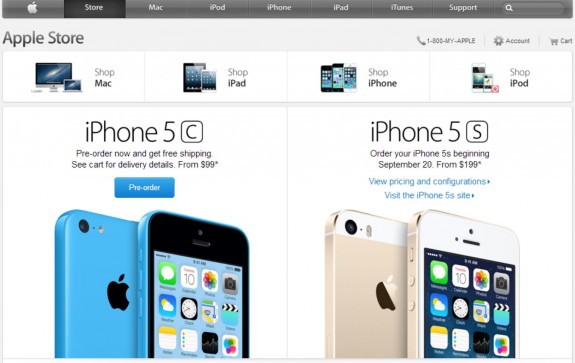 The iPhone 5S will be available online and in stores on Sept. 20.

Apple’s iPhone 5S is the true successor to the iPhone 5 and it will be coming with a number of upgrades over its predecessor including a brand new 8MP iSight camera, A7 processor, gold and gray colors, and a powerful fingerprint reader for added security.

The device is likely going to be coming to U.S. Cellular in the United States in the near future but thus far, the carrier remains mum about a specific release date.