As the iPhone 5S release date approaches, key details continue to emerge with as Verizon has confirmed that it will be accepting iPhone 5S orders at 12:01AM PST and will be opening its retail stores early to accommodate those that don’t wish to order online but want to buy their new iPhone 5S in-store.

Last week, Apple finally confirmed both the iPhone 5S and the iPhone 5C, two iPhones that had been rumored for most of 2013. The company not only confirmed their features but also announced a September 20th release date for both. It also confirmed an iPhone 5C pre-order for September 13th and the iPhone 5C remains on sale, in most flavors, through Apple’s website and through the websites of its carrier partners. 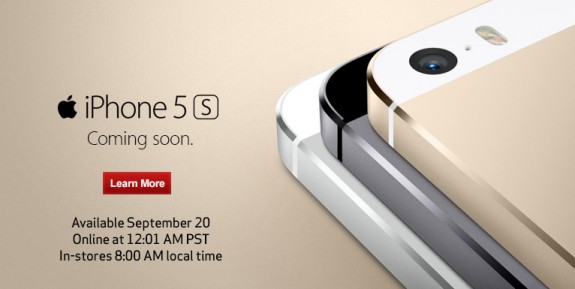 Verizon will begin iPhone 5S orders at 12:01AM PST.

Apple uncharacteristically did not announce an iPhone 5S pre-order date, instead choosing to open up orders starting on September 20th, the day that the device is going to be released inside retail stores. Unfortunately, many of the iPhone 5S release date details remained absent on the day of the announcement but finally, the release date details are coming together.

Last week, Apple confirmed that it would be taking iPhone 5S orders at midnight PST and 3AM EST, standard for the iPhone. However, we still had some missing details, thanks to carriers remaining mum about their plans.

Verizon’s website suggests that iPhone 5S orders will begin online at 12:01AM PST. We expect other carriers to follow suit so those planning to order on day one should expect the same from AT&T, Sprint, and T-Mobile.

We have also discovered that Verizon’s store locator is confirming plans to open retail stores at 8AM, a special time that is aimed at accommodating iPhone 5S buyers. Apple Stores will also be opening up at 8AM on September 20th and we expect AT&T, Sprint and T-Mobile to open their stores up early as well.

TMoNews points to an internal document that confirms that this is the case for T-Mobile though the carrier still hasn’t confirmed its iPhone 5S release day plans just yet.

What this means is that iPhone 5S orders should start at midnight, across the board, and we should see Apple Stores and carrier locations open up early on September 20th. 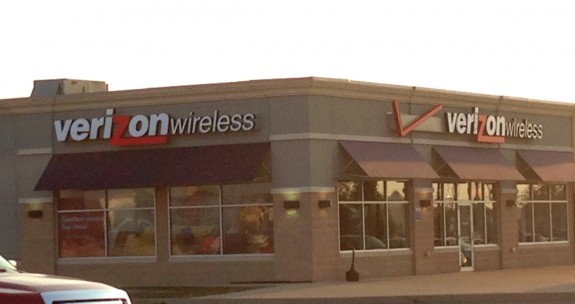 Verizon stores will likely be joined by AT&T, Sprint and T-Mobile retail locations.

Those won’t be the only places to buy the iPhone 5S as Best Buy, RadioShack and Walmart will also be offering the iPhone 5S on September 20th.