The iPhone 5S release date could come before September 28th according to an analysis of data Apple released late Tuesday.

Apple is not talking about the iPhone 5S or other products specifically, but Tim Cook continued to talk about the,”amazing new products that we will introduce in the fall and across 2014.” in the latest Apple release which includes Apple’s earnings guidance for Q4 2013.

It’s this data that leads one financial firm to believe Apple spilled the beans on the iPhone 5S release date. 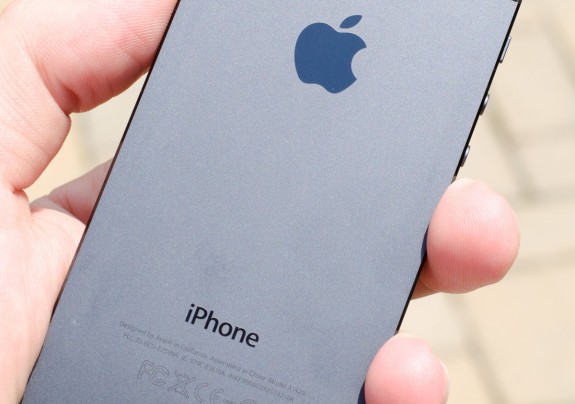 The iPhone 5S release date could land on September 20th or a similar date thanks to Apple earnings guidance.

When Apple announced the company sold 31 million iPhones last quarter they also provided guidance for Q4 2013, predicting revenue between $34 and $37 billion and a gross margin between 36 and 37 percent. These two data points are important in the timing of an iPhone 5S release.

While early analyst predictions point to September and October, this new data helps plot out a calendar for an iPhone 5S release date and iOS 7 release date.

“We don’t think that Apple can hit its newly issued revenue guidance for the September quarter unless it launches new products. After delivering $35 billion in revenue in the June quarter, management guided to $34-$37 billion next quarter. Revenue would more typically drop multiple billions if the company had no new products planned. With September quickly approaching, this could be the start of a string of new product announcements…”

We expect a new iPhone 5S as well as an iPad 5 and iPad mini 2 this fall as part of the “army” of products Tim Cook refers to but Piecyk explains the numbers Apple shares point to a new iPhone, not a new iPad in September.

“The margin guidance also likely indicates that the new product launch this quarter will be an iPhone and not a lower margin iPad. While new iPhones are lower margin at launch, they are still higher margin than iPad’s.”

Apple timed the iPhone 5 release to arrive a week ahead of the end of Q4 2012 which delivered over 5 million iPhone 5 sales in one weekend and led to a 58% increase in iPhone sales year-over year.

Apple doesn’t need to recover from a poor quarter of iPhone sales like it did in 2012 when Apple CFO Peter Oppenheimer blamed a dip in purchases on rumors of a new iPhone telling investors, “We’re reading the same rumors and speculation that you are about a new iPhone and we think this has caused some pause in customers purchasing.”

But that doesn’t mean there aren’t advantages for launching, taking pre-orders and ultimately delivering an iPhone 5S release date in the next 60 to 67 days.

By offering an iPhone 5S release in late September Apple can add to the bottom line to close out the 2013 fiscal year and still set up for a good Q1 2014 with a holiday season that can rely on iPhone 4S upgraders and new iPad models. 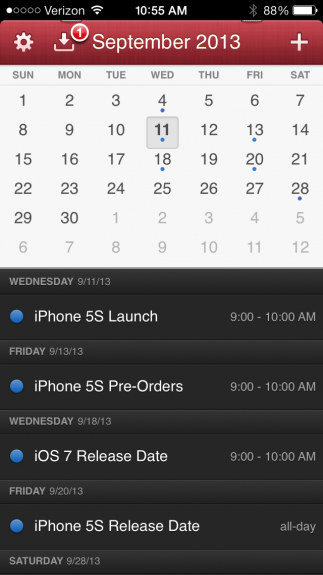 Working back from the timing of Apple’s iPhone launch in 2012, this would put Apple’s iPhone 5S launch event during the week of September 9th. September 10th and 11th are likely candidates.

Depending on the timing of the event we could see iPhone 5S pre-orders start within two days. If all of this lines up an iOS 7 release date of September 18th would make sense.

These dates are speculation based on Apple’s typical product launch cycles and timelines,  made possible by the new evidence supporting an iPhone 5S release date before September 28th.