A new pair of reports claim the iPhone 5S will arrive in September and production of the iPhone 5S displays will start in June with enough manufacturers on board to avoid any supply chain delays.

The first report from Nikkan, a Japanese publication  claims Sharp will start producing the displays for Apple’s next phone in June. The report claims the next iPhone will feature specifications similar to the iPhone 5, which is likely referring to the 4-inch 1136 x 640 resolution Retina Display. The source also claims that Japan Display and LG received orders for the iPhone 5S display and are producing or will soon begin producing the displays.

A separate report comes from AppleInsider, which shares Morgan Stanley analyst Katy Huberty’s latest note which points to an iPhone 5S launch in September. Huberty claims that talks with suppliers in Asia lead her to believe production of the iPhone 5S will start in June or July, matching the Nikkan claim. 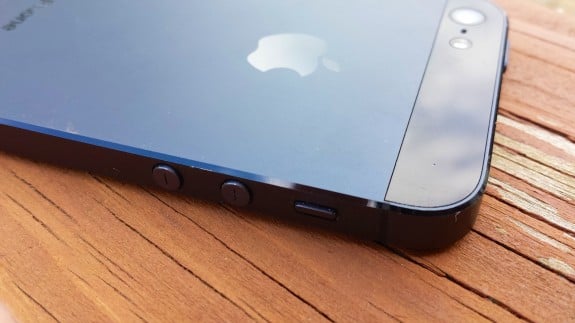 The iPhone 5S will reportedly bring the same design.

Huberty talks about several iPhone models in the note. The first is what many are calling the iPhone 5S, and which Huberty previously claimed will feature a nearly identical design.

There are no firm details on which other iPhone models Apple could start production on in June or July, though Huberty talks about a budget iPhone, which could launch in China.

In the note Huberty talks about a 5-inch iPhone writing, “Carriers see the opportunity for Apple to expand market coverage with 5-inch and lower-priced iPhones over time. TD-LTE licenses, and related phone launches, are expected by year-end.” It’s not clear if Huberty is claiming an iPhone with a larger screen will arrive this year, which Topeka Capital analyst Brian White believes will happen.

It’s more likely that the iPhone 6 will be the next iPhone to get a larger display, based on comments by Tim Cook, other analysts and timing, but nothing is set in stone.

Apple is widely expected to announce an iPhone 5S later this year as a follow up to the iPhone 5 which landed in September 2012. While Apple has not commented on the iPhone 5S or the name of the next iPhone, Tim Cook recently pointed towards exciting Fall product announcements during statements in Apple’s Q2 earning’s call.

The iPhone 5S will likely include a better camera and possibly a new processor and run iOS 7. Apple is rumored to show off a fresh new look for iOS 7 at WWDC 2013 in June ahead of a fall release. Apple typically focuses on software for an “S” phone release, so we may see new features in addition to a new look.