With initial reports indicating that the new Touch ID fingerprint reader included with every iPhone 5s is a bit erratic, a recent post on Apple’s Support forum could be users best hope of getting less failures when unlocking their devices.

The tips were posted as part of a thread in Apple’s Support forum. Together they offer a bit of insight into how Apple recommends users initially setup Touch ID.

Allegedly, Apple employees who work at the company’s Genius Bar support desks, are encouraging users to place the center of their finger on the device for the fingerprint reader’s first scan. After they should lift their finger, then roll their finger up at an angle slightly for the device’s second setup scan. 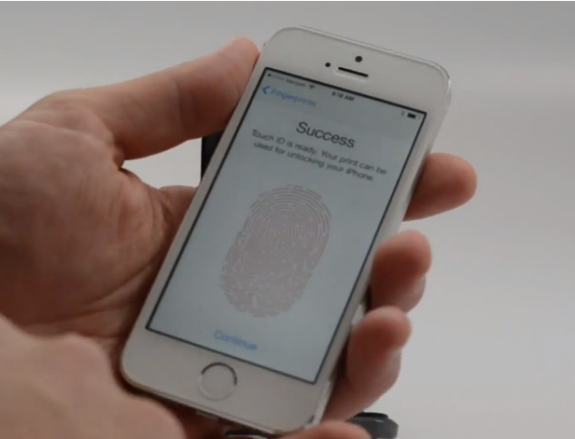 Buy apps and music with Touch ID instead of a password.

“For phase one, start by putting the meat of the finger being registered on the button for the first picture taken. Then put the finger back down and before it hits the button, roll it up on the left edge, at about a 45 degree angle, and then put it on the button, then repeat by rolling up the right edge at a 45 degree angle. Then tip up the front of the finger and place it down (not too angled up). Then start the 4 step cycle again until it states it is now ready for you to adjust your grip. At this point, put your finger down at the angle you will attempt to unlock the phone. Then move it a little here and there on the button, until it says you have success. I have had 20 straight successes, and counting.”

Although the setup trick seems a bit labor intensive, the user who shared the tip says that since taking the advice his wife has had a 95% success rate with getting Touch ID to work correctly. That certainly isn’t as great as a 100% success rate, but it is a large improvement.

According to an informal poll conducting through the Polar app for iOS, 23% of users reported having a low rate of success when unlocking their device using Touch ID.

Watch: How to Setup Touch ID on the iPhone 5s

When Apple announced the iPhone 5s, many users hoped that its built-in fingerprint reader would finally spell the end for passcodes. Since then, a small subset of users have consistently complained about the Touch ID’s success rate when unlocking their devices.