Apple is heavily rumored to be hosting an iPhone 5S launch event on September 10th wherein the company will announce the successor to the iPhone 5 and also reveal a roll out date for the highly anticipated iOS 7 update. The company is also rumored to be coming out with an iPhone 5C, a cheaper iPhone variant that may wind up pushing out one of Apple’s current iPhone offerings. 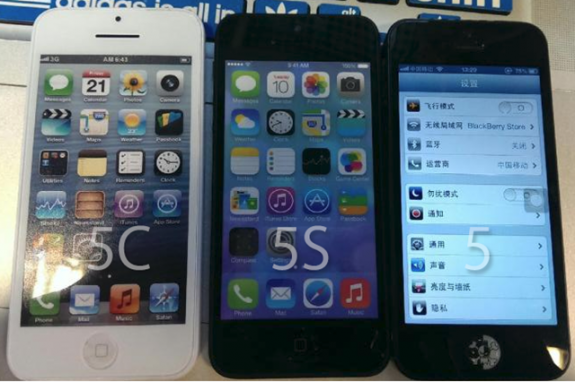 This photo gives consumers a look at what to expect from Apple’s iPhone lineup.

The final versions of the iPhone 5C and iPhone 5S remain elusive but we have seen mockups and possible parts and back plates emerge over the last few weeks, showing off what Apple could bring to the table later this year.

Photos out of Chinese microblogging site Weibo give consumers the best look yet at what an iPhone 5S, Apple’s current iPhone 5 and iPhone 5C might look like next to each other. 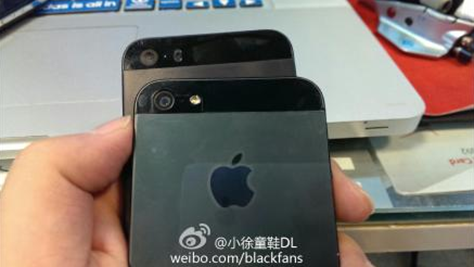 The iPhone 5S is expected to have dual-LED flash.

The photos appear to be mockups of an iPhone 5S and iPhone 5C, much like we’ve seen emerge in the past and they depict an iPhone 5S that is a big larger than the iPhone 5 and a device that sports a place for dual-LED flash. We also see the iPhone 5C and its large plastic design. The device is also compared to the iPhone 4S or iPhone 4 offering a glimpse at just how thick the iPhone 5C might be. 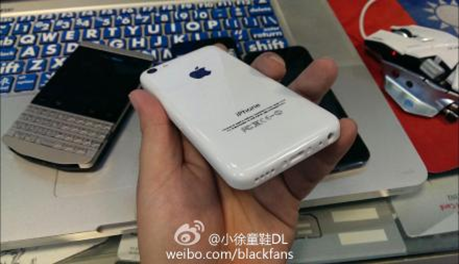 This falls in line with the iPhone 5C plastic back we’ve seen emerge.

The back of the purported iPhone 5S sports a white Apple logo, something that did not come on the black version of the iPhone 5. So, while not confirmed, it’s likely that these are mockups based on rumored specifications.

These do match up with rumors however as the iPhone 5S is thought to be keeping a design similar to the iPhone 5 while the iPhone 5C is expected to debut with a polycarbonate plastic design. 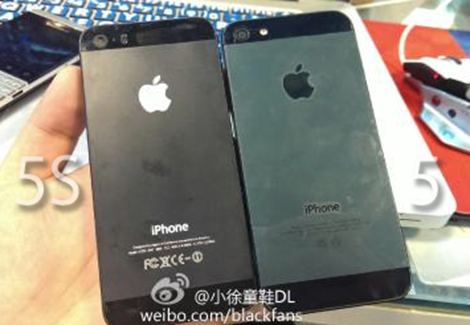 The iPhone 5S is expected to keep a design similar to the iPhone 5.

The iPhone 5S is also expected to include a fingerprint reader, upgraded camera, improved processor, and more. The iPhone 5C is expected to retain a 4-inch Retina Display while also arriving with a 8MP to 5MP camera and a Lightning port. 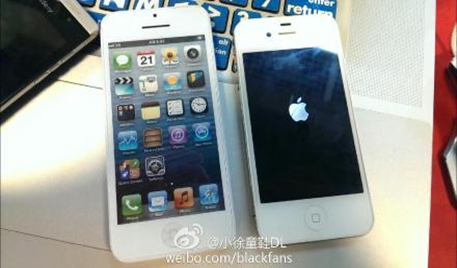 Both devices are rumored for a September 10th launch and a September 20th release date though neither of those is confirmed. Apple, in the past, has released its iPhone only a couple of weeks after announcing it.