The iPhone 5S, rumored to be the next version of the iPhone, is reportedly going to come with several upgrades including the star of the show which is apparently a new rear camera. The latest also suggests that Apple is targeting July as an iPhone 5S release date, something that we’ve heard mentioned several times in the past.

Read: Is it Too Soon to Wait for the iPhone 5S Release Date?.

A new report from iLounge claims that the iPhone 5S is still months away from mass production but that Apple is indeed targeting the summer for a release date of its next-generation iPhone. In particular, July is said to be the current target month for an iPhone 5S release.Targets can certainly change but summer has been rumored several times in the past. If true, it would mean that Apple would be releasing an iPhone a few months ahead of its previous fall release dates. 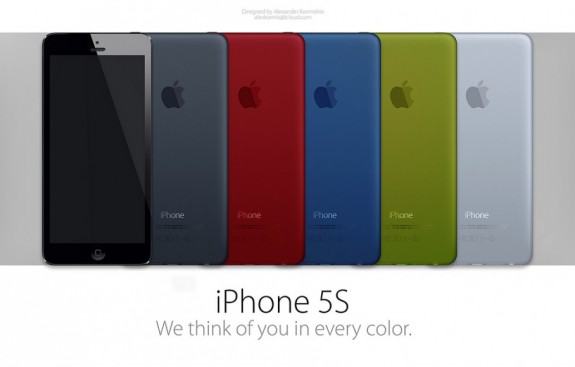 The iPhone 5S is rumored to have a new rear camera, and a July release date.

In addition to the rumored release date, the report claims that Apple is looking to include two upgrades in particular, with the star of the show apparently an upgrade to the iPhones already fantastic rear camera.

Typically, with the iPhone ‘S’ generation, Apple keeps the design of the previous iPhone while attaching some brand new internals. In the case of the iPhone 5S, those upgrades are said to include a new processor and a new rear camera that could potentially be comprised of Sony’s 13 megapixel sensor. Sony’s Xperia Z, announced at CES, has a 13MP sensor on board and other 2013 flagships like the Galaxy S4 and HTC M7 are rumored to have 13MP cameras as well.

Nothing else is mentioned about the iPhone 5S in terms of features but it appears that it has two prototypes dubbed, N51 and N53. No word on any differences between the two models.

The report claims that in addition to the rumored iPad 5 October release, Apple is looking to release the new iPad mini in that time frame as well, possibly with a Retina Display on board. Both devices have been rumored for March debuts but it appears that Apple may be looking toward the fall instead.

Thus far, the iPhone 5S has been extremely tricky to nail down, which should come as no surprise considering its only January. Analysts though seem to agree with a summer release date and an improved camera and we might also see Apple tack on a Sharp IGZO display in order to improve battery life on its next-generation iPhone.