New iPhone 5S rumors claim Apple is planning NFC and a fingerprint reader for the iPhone 5S. The pairing would allow Apple to add support for mobile payments with the added security of a biometric authentication.

A new rumor out of China, by way of Macotakara, claims Apple is also planning to put an NFC chip inside the iPhone 5S, which would allow the iPhone 5S to support mobile payments at many retailers which support NFC payments. 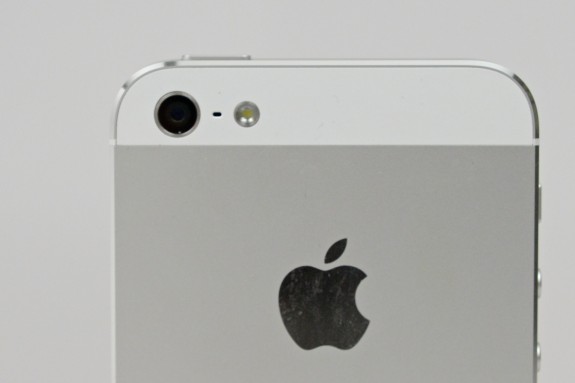 The iPhone 5S may support NFC and mobile payments with a built-in fingerprint reader under the home button.

If Apple is planning mobile payments as part of the Phone 5S we could see hints of the plan in any IOS 7 betas, which could likely include components to work with the security measures. Apple would also likely update Passbook to handle more than tickets, gift cards and coupons.

Shortly after the iPhone 5 launch, Senior VP of Apple, Phil Schiller dismissed the need for NFC, telling AllThingsD, “Passbook does the kinds of things customers need today.” This wouldn’t be the first time Apple reversed course when the technology was ready and demand from consumers hit critical mass.

The rumored Broadcom chip for the iPhone 5S does not include NFC, but it is possible that Apple could supplement this with the NFC chip from ChipBond.

Apple is rumored to hold an event in April to announce the iPad 5 and iPad mini 2, but the iPhone 5S release date is currently rumored for this summer. Conflicting reports indicate the iPhone 5S release is set for June, July or August. All of these are ahead of the fall release cycle Apple used in 2011 and 2012, but not far off from WWDC and Apple’s original summer launch cycle.

Additional iPhone 5S rumors suggest Apple could offer the iPhone 5S in colors and may upgrade the rear facing camera to better compete with the Android competition.