Every year we hope for more storage from Apple at a better price for the new iPhone, and with the iPhone 6 it’s time for Apple to deliver a 128GB iPhone at a reasonable price.

Apple currently sells an iPhone with 64GB of storage as the highest option at $399 on contract or $849 off contract. This is an expensive option, but for many iPhone owners that rely on the iPhone to record HD video and as a primary camera it one that is worth the price.

Even if Apple decides to release a 128GB iPhone 6 at $499 and $949, there are a lot of users who need the higher storage and would pay the price.

After just over 100 days with the iPhone 5s my iPhone is out of storage. When I tried to take a picture two weeks ago the iPhone told me I had no room left to take photos. I deleted 10-12 videos from my camera roll and got back to work, but this week the same error message came back and I will soon run into issues downloading updates for large apps. 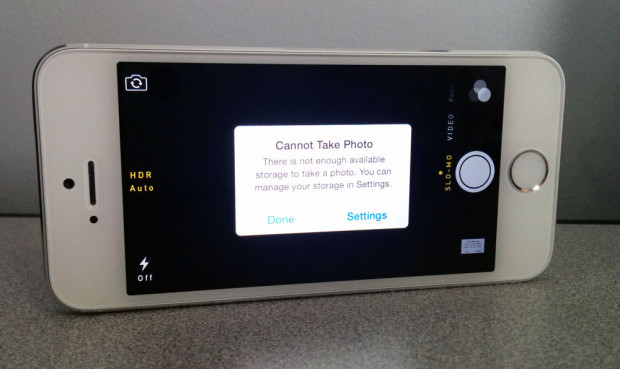 A 128GB iPhone 6 is on the wishlists of many users after running out of storage on a 64GB iPhone.

In this case, it’s a matter of cutting more video and photos from the camera roll to get to a usable amount of storage on the iPhone, but ideally Apple will sell an iPhone 6 with more storage to fix this issue. Some readers will suggest deleting photos or using a cloud service like Dropbox, but when I need to find a photo to use in an article the easiest way to find it is normally to use the Collections part of the Photo app that groups by data and location. This is also important because I don’t always carry my main iPhoto library on my notebook but I always have my iPhone in hand.

If next year's iPhone phablet doesn't have 128GB of local storage, I'm done living in this sad, unjust world. Apple, I will pay any price.

The iPhone is as much a phone and video watching device as it is a creation tool for photos and videos.

To celebrate 30 years of Mac Apple shot a 90 second ad entirely with iPhones, racking up 70 hours of HD footage across 100 iPhone 5 devices and the iPhone 5 and iPhone 5s top Flickr’s list of the most popular cameras.

To address the problem of running out of space on an iPhone Mophie created the Space Pack, a battery case that also includes 16GB or 32GB of additional storage. This accessory retails for $150, and may act as a stop-gap solution, but there is still room for Apple to offer more storage on an iPhone 6.

A 128GB iPhone 6 isn’t just something that users want from Apple. Rumors point to an iPhone in a larger capacity almost every year for the past two iPhone releases and the rumors are back for the iPhone 6.

A new analyst note suggests Apple will offer a 128GB iPhone 6 this year and keep the 16GB option, which would likely mean a price jump for the higher capacity model, just like Apple offers with the iPad Air and iPad mini Retina. The analyst note also includes many possible iPhone 6 specs including screen size and resolutions, an upgraded 3.2MP front-facing camera and a 8MP rear-facing camera. 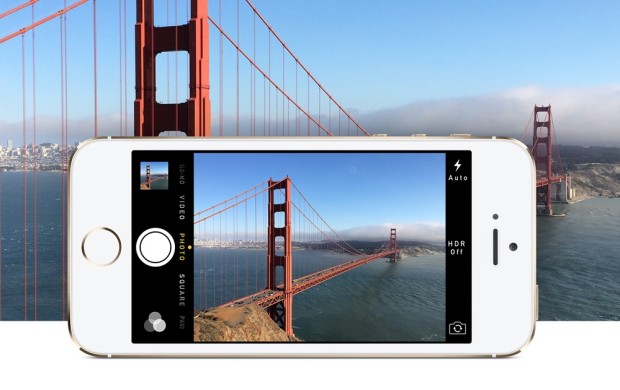 Depending on the source, the iPhone 6 will arrive with a 13MP or an improved 8MP sensor. If Apple sticks with an 8MP camera, expect an upgraded sensor that could boost the average image size. The iPhone 5s uses an improved sensor and delivered a nearly 9% increase in the average file size of a photo compared to the iPhone 5 according to Anandtech.