The iPhone 6 will arrive with two large screen models to better compete with the Galaxy S5, HTC m8 and other smartphones that offering increasingly larger displays in 2014, and Apple will drop the plastic iPhone 5c from the upcoming release according to a new report.

For over a year, iPhone 6 rumors pointed to an iPhone with a larger display and during the last several months chatter picked up about two models both with larger screens, but this is the first report to talk about the iPhone 6 design and to specifically call out the future of the iPhone 5c or an iPhone 6c with a plastic body. 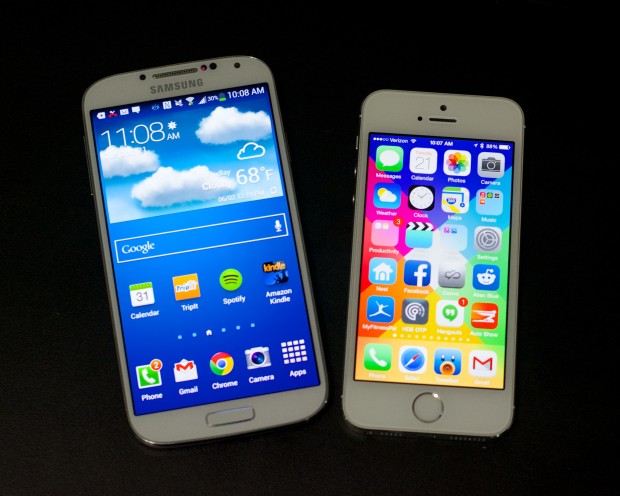 Sources who spoke with The Wall Street Journal claim Apple is preparing two larger screen iPhone 6 models for 2014. According to these sources both of the new iPhone models will use an aluminum design similar to the iPhone 5s. If this is the case, Apple’s experiment with a plastic iPhone 5c may not make it into the next generation of iPhones. The Wall Street Journal does not name the new iPhones, but iPhone 6 is the name that press and analysts are using for the 2014 iPhone.

Apple will make an iPhone 6 with a 4.5-inch display and one with a display over 5-inches according to the WSJ sources. This lines up with other reports, but is not an exact match with the NPD DisplaySearch report that suggests the smaller iPhone 6 will feature a 4.7-inch display.

An iPhone 6 release date in the second half of 2014 according to this report and to many others. If true, this rules out a June iPhone 6 release, making September much more likely.

There is a chance that Apple could split the iPhone 6 release date into two events, especially if the smaller iPhone 6 is ready to go sooner, but with rumors of a larger iPhone 6 release still to come it could distract from the sales of this smaller model. It is more likely that Apple will announce a pair of iPhone 6 models at the same event and market the new iPhones as offering choice to consumers.

A new strategy with two larger screen iPhone 6 models would match Samsung’s strategy of releasing two flagship smartphones a year and would line up with the iPad Air and iPad mini strategy that is treating Apple well in the tablet market. The Samsung Galaxy S5 release is expected in April or May with a 5.25-inch display that will offer significantly more space to surf the web, read, game and watch movies than the iPhone 5s. A Galaxy Note 4 is also rumored for a fall release, likely within a month of the iPhone 6 with a screen size of 5.7-inches or higher.

As Apple looks to expand iPhone sales in Asian markets a larger screen is a key factor that will prove hard to dismiss. We looked at the reasons Apple’s deal with China Mobile point to an iPhone 6 with a larger screen, and multiple analyst notes and rumors suggest a link between new markets and a larger iPhone 6 screen size.

It remains early in the iPhone 6 rumor life-cycle which means the design of the phone is still a mystery and any special features are not nailed down. One rumor suggests Apple will focus on better optical image stabilization and stick with an 8MP sensor instead of getting into a megapixel race with Samsung and Sony. Though the latest report does not address the resolution, a larger screen will likely come with an upgrade to the Retina resolution from 1136 x 640 to 1280 x 720 or higher.