In order to deliver a bigger iPhone 6 display Apple is not just opting for off the shelf displays and components. In late 2013 Apple spent $578 million on GT Advanced technologies to secure a Sapphire source which will likely arrive as a Sapphire display cover on the iPhone 6. The major investment also gives Apple exclusive access to the company’s Sapphire output for consumer electronics, effectively squeezing out the competition. 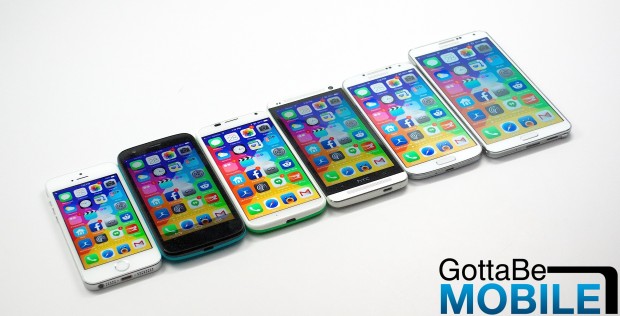 The iPhone 6 display may come to users as part of a $1 billion investment from Apple.

A new iPhone 6 rumor points to a major purchase that would put Apple’s investment in the iPhone 6 display over $1 billion. According to Nikkei, Apple is in talks to purchase Renesas Electronics for $479 million. This is still a rumor, but for a company that has $158 billion in cash reserves spending money on a better iPhone 6 display is a reasonable way to solve this problem.

Publicly Apple is confident that the iPhone Retina display is the best on the market. When announcing the iPhone 5 Tim Cook said, “iPhone 5 offers a new 4-inch retina display, which is the most advanced display in the industry,” adding, “No one comes close to matching the quality of the Retina Display.”

In 2013 Cook dismissed the idea of a larger screen at the AllThings D telling the audience that larger displays come with trade offs in color, white balance, battery life and other compromises that Apple is not willing to make. This sounds reasonable, but the new Samsung Galaxy S5 arrives this month with a large 5.1-inch display that is bright, color accurate and battery efficient. Dr. Raymond M Soneira of DisplayMate released a report on the biggest iPhone 6 competitor saying,

“…the Galaxy S5 is the Best performing Smartphone display that we have ever tested – and it has raised the bar for top display performance up by another notch.”

The iPhone 5 held this distinction up until the Galaxy S5 arrived on the scene. In the report Soneira outlines the color accuracy as “very accurate” and discusses the Galaxy S5’s ability to deliver a bright screen that is easily readable in the sun, and the battery friendly usage of power that allows for higher brightness using less battery life than the Galaxy S4.

There are a lot of charts and details explaining why Apple no longer offers the best smartphone display, but the report illustrates these trade offs no longer exist. 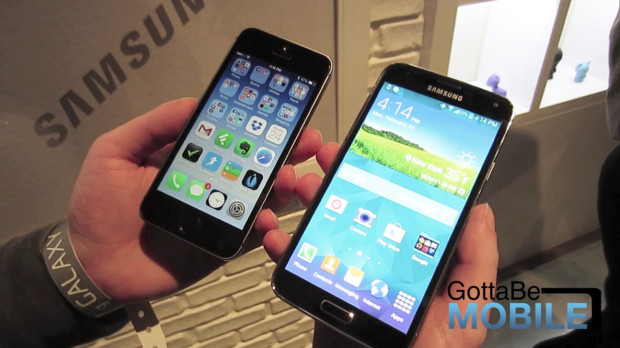 Samsung is pushing Apple to build a better iPhone 6 display with the Galaxy S5.

In 2013 Tim Cook answered questions about a larger screen iPhone saying, “In a hypothetical world where those tradeoffs didn’t exist, you could see that [a larger screen] being one of the things that differentiates.” Apple will need to make that judgement call, but according to display experts, these complaints are no longer a problem.

If anything this report highlights the need for Apple to step up to the plate with a larger iPhone 6 display that delivers not only a higher-resolution but improved battery efficiency and image quality. That’s where Renesas comes in. Nikkei reports that, “Renesas SP is the world’s leading producer of drivers and controllers for small and midsize LCDs.” These critical components are a major factor in the quality and performance of a smartphone display and can play a role in battery life thanks to more efficient usage.

Apple already purchases iPhone chips from the company, and an acquisition could lead to more collaboration with Apple and also help keep competitors from using what Apple sees as the best display technology in the industry. At this point the purchase is only a rumor, but it is not a shocking one.

Rumors point to an iPhone 6 release this fall, with September mentioned as a common timeframe. Most iPhone 6 rumors focus on a 4.7-inch iPhone 6 with a Sapphire display cover that is more scratch resistant and a higher resolution display. There is also a lot of talk about a 5.5-inch or 5.7-inch iPhone 6 that would compete with a Galaxy Note 3 and Galaxy Note 4, but recent rumors suggest this model may be slightly delayed. Catch up on the latest iPhone 6 rumors including camera, size, features and more.