The comparison of all all comparisons is here, folks. Apple product insider Sonny Dickson was able to get a hold of an iPhone 6 mockup and compare it to every single previous iPhone that has ever existed.

The photos that he posted on his website show all of the iPhone models that were ever released, including the original iPhone, iPhone 3G, iPhone 3GS, iPhone 4, iPhone 4s, iPhone 5, iPhone 5c and the iPhone 5s.

Previously, we’ve seen plenty iPhone 6 comparisons with the iPhone 5s, but this marks the first time we’ve seen a comparison with all iPhone models, allowing us to compare the upcoming iPhone 6 with the original iPhone that launched back in 2007. The differences are quite astonishing. 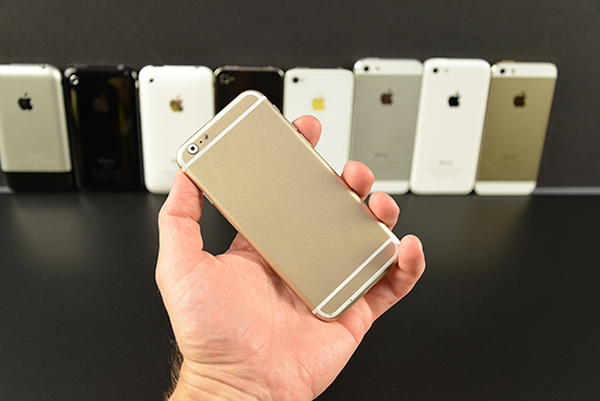 Dickson has provided many accurate reports on upcoming Apple products in the past, so while we’d still take this with a grain of salt, we wouldn’t be surprised if the iPhone 6 mockup that he’s holding in his hand is close to what we’ll see come later this year when Apple officially launches the new smartphone.

The photos show just how far Apple has come with the iPhone, and while they all look relatively the same from a distance, many of the biggest features are in the details. You can clearly see the transition from the 3.5-inch screen to the 4-inch screen when the iPhone 5 comes into play, and the incredible design change from the iPhone 3GS to the iPhone 4 proves just how big that transition was.

Of course, the iPhone 6 is the main event here, though. Dickson has a ton of photos comparing the iPhone 6 mockup to all of the other iPhone models, giving us a look at just how much bigger the device could be. And for good measure, he compares the iPhone with other top smartphones out on the market right now, including Samsung’s Galaxy S5 and the HTC One M8.

You can obviously tell from the photos that the mockup sports the rumored design that we’ve been hearing about so much, with the rounded edges that remind us of the iPod Touch, but will most likely be implemented to go along with the design of the iPad Air and iPad mini. 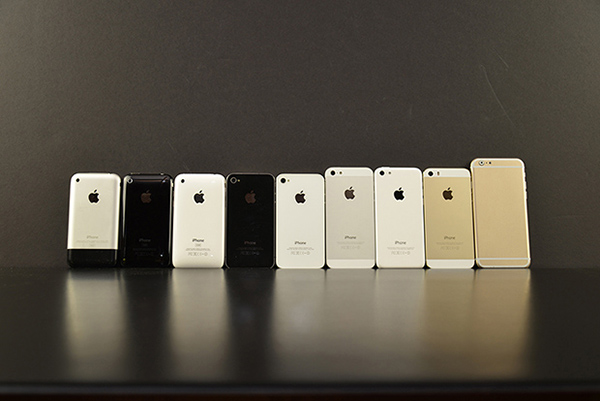 One of the big new features that the iPhone 6 will mostly come equipped with is a larger screen, and not just one larger screen, but two larger screens. It’s being heavily rumored that Apple will launch two different iPhone 6 models that will come in different screen sizes — 4.7-inch and 5.5-inch displays. The former would rival traditional smartphones like the Nexus 5 and the Moto X, while the latter would compete with the HTC One Max and Samsung’s Galaxy Note 3.

Dickson doesn’t mention what screen size his mockup is sporting, but from the photos, we’re guessing it’s the rumored 4.7-inch model, with the 5.5-inch version being the other screen size that we’re expecting later this year as well.