Rumor has it Apple is working on an iPhone 6 with a massive display, at least in the prototype phases, and so far 2013 is all about bigger smartphone displays. A new set of concepts shows what an iPhone 6 with a larger display could look like if Apple went outside the box.

While we expect the iPhone 5S this summer, designer Peter Zigich looks into the future to deliver one take on what the iPhone 6 could look like with a large screen, a hint of the iPad mini design and a new home button placement.

In a series of sharp-looking concepts Zigich gives the iPhone a makeover to make room for a larger screen without the need to make the phones dramatically bigger. 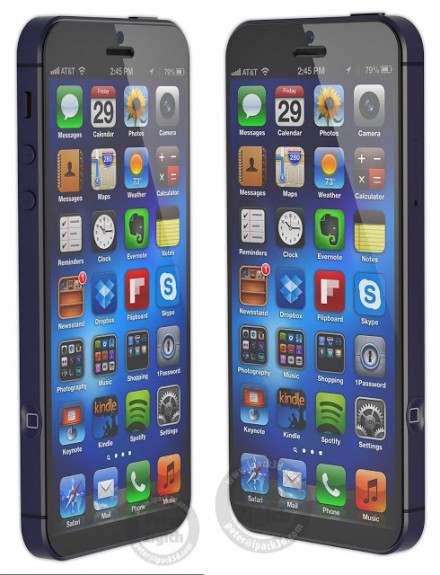 The iPhone 6 concept above shows an iPhone with a larger screen, on par with what we expect in the Galaxy S4 or with the Galaxy S3, but thanks to the moved home button and thinner edge bezels users can enjoy an extra row of icons and a larger display for movies and games without the need for the iPhone 5 to grow. 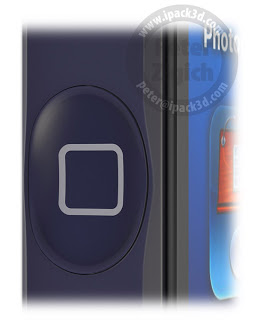 A side mounted home button on the iPhone 6 concept.

It’s not likely that Apple would shift the home button to the side, but in the concept Zigich puts a home button on each side to allow for use with a lett or right hand. He also imagines using the dual home buttons for multiple click actions in iOS. 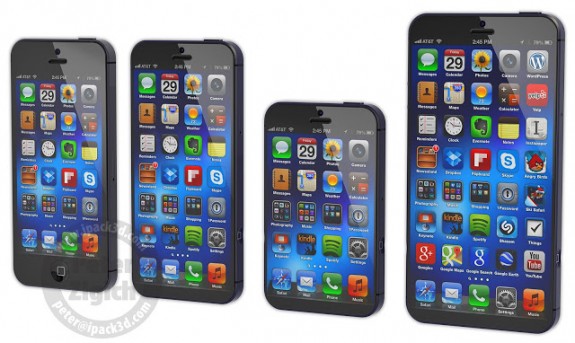 The iPhone 6 XL on the right would offer a Galaxy Note 2 size display without the added size.

The set of iPhone 6 concepts also includes an iPhone 6 XL, which is a Galaxy Note 2 size iPhone 6 with a much larger display. according to Zigich, the iPhone 6 XL would allow the large screened device to be used with one hand, something many users have trouble with on the Galaxy Note 2. 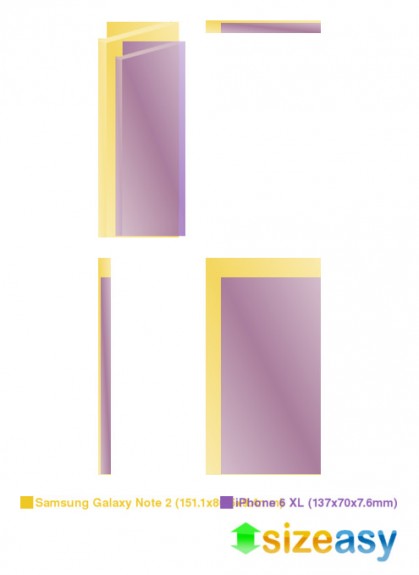 In this roundup of iPhone 6 concepts Zigich also includes an iPhone 6 mini which would use the same size screen as the iPhone 4 and fill the need for a cheaper iPhone in emerging markets.

Zigich offers up many more comparison images on his blog, showing alternate looks at his iPhone 6 concepts and the various sizes, features and reasoning behind design decisions. 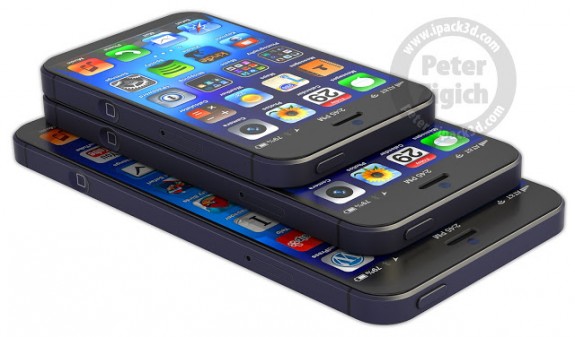