A new iPhone 6 concept pairs a larger display with new features from iOS 7 to show what Apple’s next totally new iPhone design could look like.

The iPhone 6 will likely come with an iOS 7 replacement, but if Apple plans to make this the foundation of iOS for years to come, we could see new hardware designs incorporate parts of iOS 7 like the hidden gestures.

This is the first iPhone 6 concept to arrive with the revamped iOS 7 on board and like many iPhone 6 concepts we get a look at a new display, new home button and various other improvements.

Some of these improvements come from talk of an iPhone 6 prototype while others clearly draw inspiration from the iOS 7 beta that is in the hands of developers and will arrive this fall.

ADR-Studio delivers the iPhone 6 concept below that mixes together a blend of rumors and iOS 7 into a beautiful looking iPhone. The creators give this concept the tagline, “The Sign of Design. With You in mind.”

ADR-Studio’s iPhone 6 concept offers a stunning look for the iPhone 6 that keeps the chamfered edge of the iPhone 5, but pairs it with a larger 4.3-inch edge-to-edge display that doesn’t appear to increase the overall size of the iPhone. 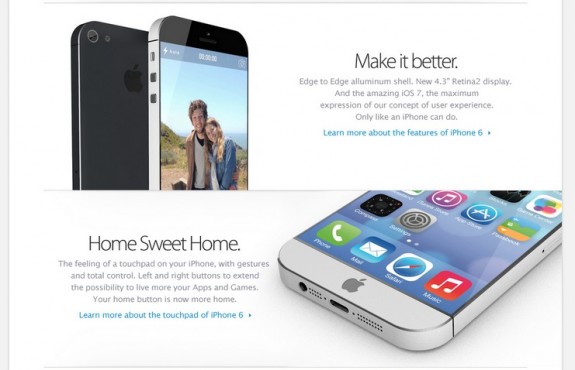 This iPhone 6 concept envisions a larger display and a higher-resolution which the creator calls Retina 2. Recent rumors claim Apple could deliver a higher resolution Retina Display on the iPhone 5S, which would help with a transition to a bigger screen on the iPhone 6, but without any further corroborating leaks, this may be something we wait for on the iPhone 6.

From a design standpoint this concept ditches the glass portions on the back of the iPhone 5, but retains the overall look of the device. This new look is especially sharp on the white iPhone 6. 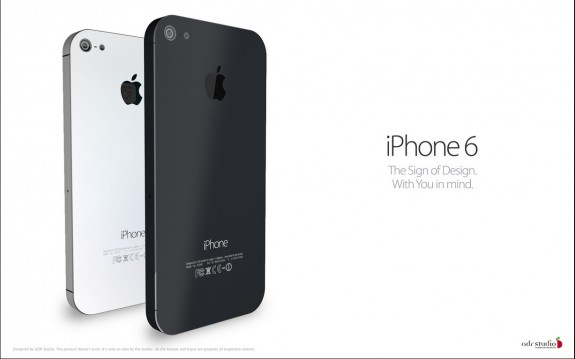 A new take on a familiar design with this iPhone 6 concept.

This iPhone 6 concept also includes some specs, whipped up by the creator, including a probable Apple A7 processor and an improbable 18 MP camera.

Apple rumors point to a new home button experience on the iPhone 5S or iPhone 6, and this iPhone 6 concept ditches the physical home button in favor of a touchpad-like experience. This iPhone 6 home button lets users tap on left and right buttons which the creator claims will offer more control.

In the iPhone 6 concept above we see a fingerprint sensor built-in to a new home button.

The iPhone 6 concept also include a fingerprint sensor built-in to the Apple logo at the bottom of the device, which secures information and accompanies a new Passbook app. Apple purchased AuthenTec in 2012, a mobile security firm with experience in embedding fingerprint reading technology in mobile devices, leading many to assume that Apple will add this to the iPhone 5S or iPhone 6. 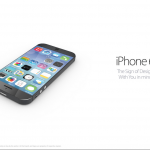 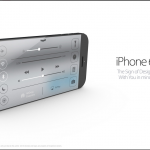 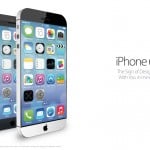