iPhone 6 concepts continue to emerge ahead of its rumored release in 2014 and today, we see our second iPhone Air concept that is based on the designs that were deployed with the ini and the new iPad Air, Apple’s new full-sized tablet. And while the actual iPhone 6 design isn’t known, it’s plausible that Apple will borrow for its brand new iPhone design, something that makes concepts like this one intriguing.

All year we’ve been seeing iPhone 6 concepts emerge as designers tease prospective buyers of Apple’s next iPhone with their own creations. While many of these iPhone 6 concepts have been far-fetched and downright impossible with the technology that is out right now, there are others that have taken a more realistic approach. In other words, while they likely won’t look exactly like next year’s iPhone, it’s possible that it could have some similar features. 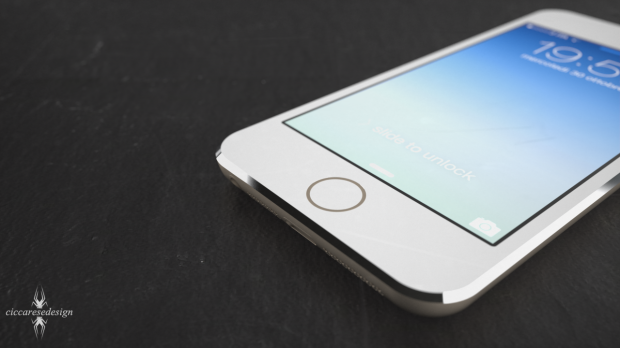 Already, we’ve seen a couple of iPhone 6 renders that have some believable parts on board. Today, we can add Ciccaredesign‘s iPhone 6 concept to the list, a concept that blends current iPhone 5s features with a brand new design that resembles the designs found on Apple’s new iPads, the iPad mini with Retina Display and the iPad Air. 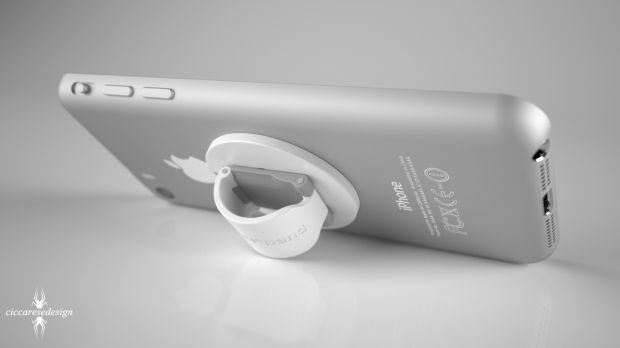 This is the second iPad Air concept that we’ve seen and the name certainly fits the design here. It’s a sleek, thin looking iPhone 6 that uses a brushed aluminum back just like the iPads. We also are treated to several familiar features as well including a fingerprint reader called Touch ID, speaker grills and the lightning port on the bottom of the device, and of course, the headphone jack. The screen isn’t as flamboyant as some of the other concepts that we’ve seen but the size still works well with the overall design. 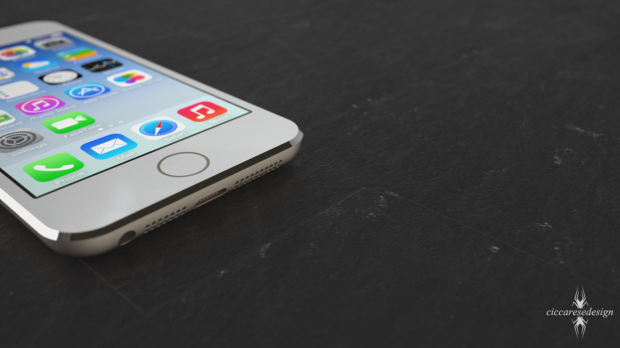 Next year’s iPhone will almost certainly have a design change on board as Apple typically switches things up with its numbered iPhone. The iPhone 5s, an ‘S’ version of the iPhone, kept the same design as the iPhone 5.

The iPhone 6 is also rumored to be coming with a larger HD display, possibly 4.8-inches in size, and it could touch down much sooner than fall with summer already rumored to be a possible launch window. We don’t expect to start seeing iPhone 6 rumors heat up until the start of 2014 as Samsung starts gearing up for its Galaxy S5 launch.