A new iPhone Air concept borrows the name of the new iPad Air and it’s thin as can be design to show us what a very thin, large screen iPhone 6 might look like.

iPhone 6 concepts are nothing new, but now that the iPhone 5s is out and on store shelves attention is already turning to the iPhone 6 which many analysts expect will arrive earlier in 2014. Apple is always working on a new iPhone, and the rumors point to an iPhone 6 with a larger screen.

This new iPhone 6 concept from FuseChicken combines a large display with a design that is thinner and not any wider than the existing iPhone 5s. FuseChicken created the iPhone Air concept as part of a promotion for their new Une Bobine for iPhone 5, iPhone 5c and iPhone 5s which is on Kickstarter.

The Une Bobine is a Lightning cable that use a flexible, yet sturdy material to allow users to position the cable as a holder for FaceTime calls, mounting in a car and much more. We used one for the iPhone 4s and found it to be a very handy accessory.

This iPhone 6 concept takes many of the design elements we’ve seen Android phones use to deliver a larger screen in the same, or similar size device. Apple has always focused on the ability to use the iPhone with one hand, and a design like this would help make that a reality. 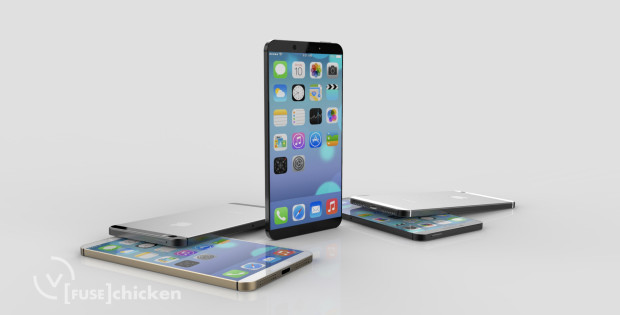 As the iPhone 6 concept video above shows, this iPhone earns the Air name with a 40% reduction in thickness, dropping to 4.5mm thick. It’s not clear if Apple or anyone has the technology in place to go this thin with a flagship phone that delivers a 64-bit processor and HD display. Many super-thin phones achieve a record-setting thickness by sacrificing in other areas, but then again that’s why this is just a concept. 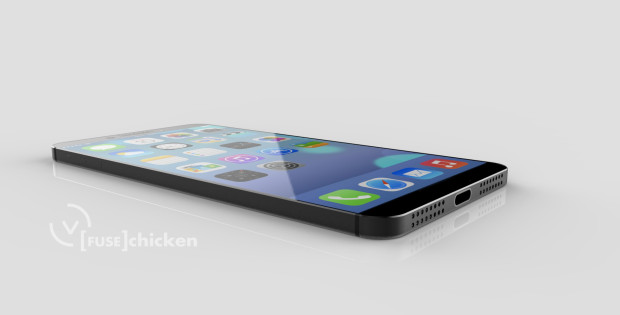 This concept uses a 4.9-inch display, but the width of the iPhone Air is 58mm and the height is 123mm, the same as the iPhone 5s and iPhone 5. Super thin bezels allow this magical design to happen. Another change to keep the size in check is blending Touch ID into the screen and making the dock into a larger version of a home button. Apple is testing larger screens and reportedly an iPhone 6 prototype featured no home button. 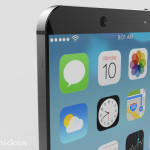 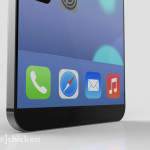 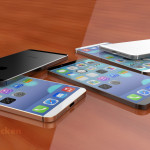 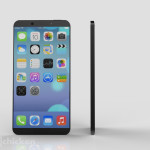 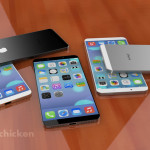 Rounding out this iPhone 6 concept is an Apple A8 processor, the next logical jump from the performance boosting Apple A7 chip in the iPad Air, iPad Mini with Retina display and iPhone 5s. The creator also mentions included Bluetooth headphones and capacitive touch buttons on the edge of the device. This concept also uses a 5MP front facing camera, with flash.