The latest iPhone 6 concept video to arrive comes with a large screen that dwarfs the rumored Galaxy Note 3, offering up an iPhablet for iPhone users that need a bigger screen for mobile productivity.

Rumors suggest Apple could be ready to deliver an iPhone 6 with a larger screen and with a higher resolution display, making the second screen size jump since the iPhone first arrived. This new iPhone 6 would also reportedly come with a new design, which is another key request from iPhone users.

Read: iPhone 6 vs. iPhone 5S: What Buyers Need to Know for Fall

In the latest iPhone 6 concept we get a look at what Apple could do for a Galaxy Note 3 competitor. This concept comes from Ran Avni, the talented source of many iPhone 6 concepts, who goes big with this concept.

The iPhone 6 concept video below shows what the iPhone 6 could look like if Apple channels the Galaxy Note 3 or Galaxy Mega screen sizes to deliver a phablet with iOS on board.

The star of this iPhone 6 concept is the large 6.2-inch display with Full HD resolution, which equals a 319 ppi rating for a Retina+ display. Avni also notes that Sharp would make the iPhone 6 display with IGZO technology. IGZO displays deliver better touch experience and are battery friendly, but are not in a current iPhone. 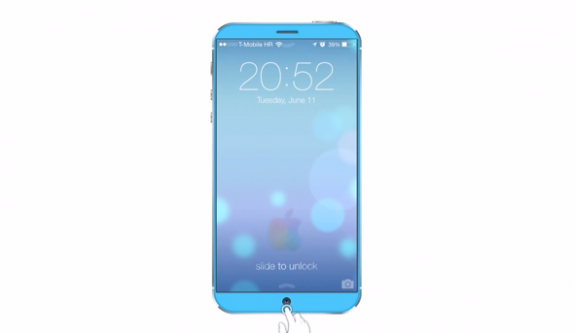 This iPhone 6 concept comes in eight colors, like the rumored iPhone 5C. Thanks to the super-thin bezels the overall size of this iPhone 6 concept looks manageable. We’ve seen Apple use a similar trick to make the iPad mini narrow, and we expect Apple to use the same tech to make an iPad 5 narrower, so seeing it in action on an iPhone wouldn’t be too much of a surprise in 2014. 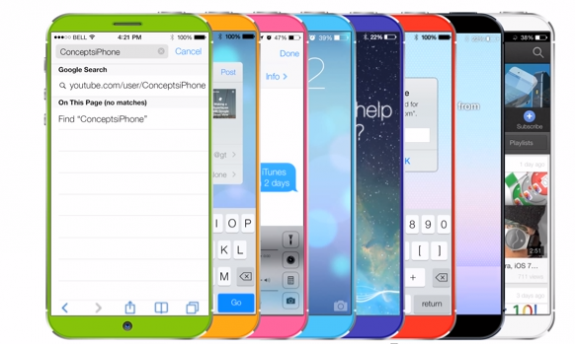 The front of this iPhone 6 concept includes a Fingerprint Sensor and FaceTime camera built-in to the home button area. The iPhone 5S will likely introduce a fingerprint sensor, which could hide in the home button. The sensor and camera would also act as a home button on this concept.

Avni suggests we’ll see iOS 7.1, but odds are a big change like this would deliver an iOS 8 release alongside. He expects an Apple A8X chip with 2.5GB of RAM and storage options of 64GB, 128GB and 256GB. This seems a little extreme, but rumors suggest Apple could offer an iPhone 5S with 128GB of storage and new chips top out at 384GB. 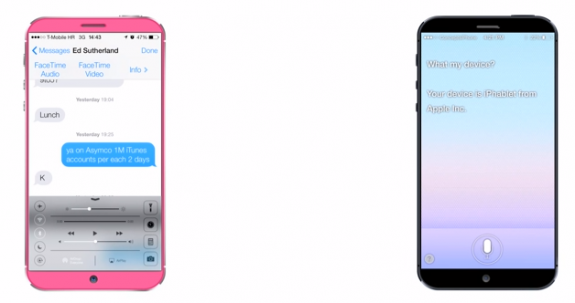 Thin bezels help keep an iPhone 6 with a massive display to a manageable size.

From a camera standpoint the rear sensor would jump up to 10MP and the front camera to 3.2MP.

While we don’t know exactly what to expect from an iPhone 6, there are hints of a larger screen. Tim Cook is wary of the quality of current large, high-resolution screens, but improvements could change his mind.

Analysts suggest Apple needs a larger screen iPhone to make inroads in other markets, and if Samsung can deliver success with the Galaxy Note 3 and a 5.7-inch display it could show Apple that there is a significant marketshare of consumers looking for a large screen phone.

Reports from China point to an iPhone 6 prototype with a 4.8-inch display back in December 2012, and it is possible that Apple’s Board of Directors already knows of plans for a bigger screen on an iPhone 6.