A new iPhone 6 concept merges the iPhone with the Sony Xperia z for a look that is appealing, if a bit outside of Apple’s traditional design language.

This iPhone 6 concept dreams up a larger screen, magnets and a sleek metal design. Though the designer fails to identify just how much bigger the iPhone 6 screen is in this concept, it looks like it is close to the 5-inch Galaxy S4 display size.

While the iPhone 5S display is likely set at 4-inches, the iPhone 6 screen size remains up in the air. Tim Cook told investors that Apple made the right decision with a 4-inch screen, but there are rumors of a 4.8-inch iPhone 6 prototype and it’s almost a given that Apple is experimenting with screen sizes for future products. 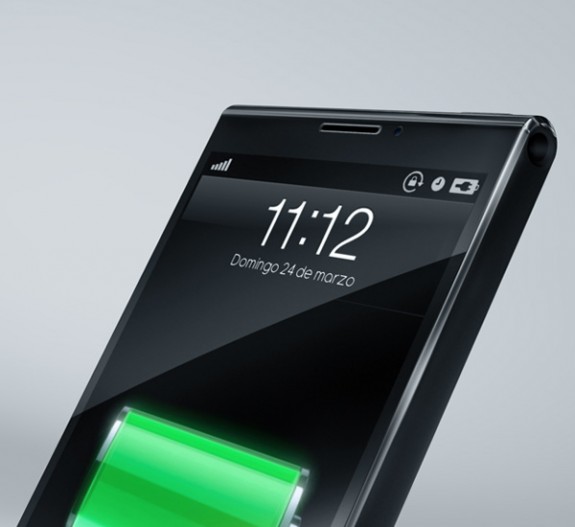 This iPhone 6 concept keeps the home button, but imagines a fresh new look for the iPhone 6. A look that is inspired by the Sony Xperia Z — we’d be lying if we didn’t admit to finding the prospect of a royal purple iPhone 6 attractive.

Yanko Design shares the iPhone 6 concept of Abel Verdezoto I, a designer who previously cooked up a set of interesting Sony Xperia concepts. 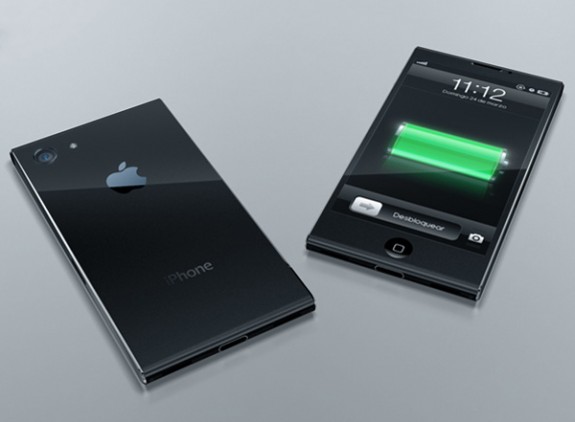 The rear of the iPhone 6 concept keeps the same Apple logo and ditches the two-tone design of the iPhone 5. We also see a much larger lens area for what is likely an improved camera sensor and lens for the iPhone 6.

Not visible here are magnets that help this concept attach to a small dock for charging and playing music. This is not a wireless charging dock, though the iPhone 6 is rumored to get wireless charging, but rather a hope for the return of an official Apple iPhone dock. 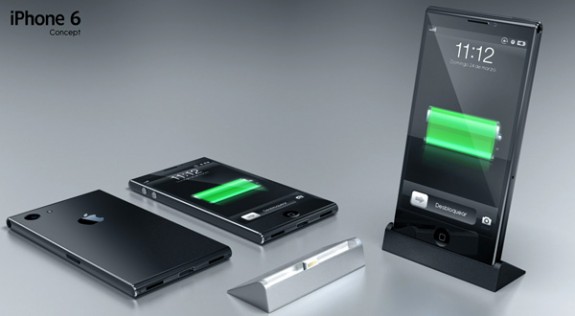 This iPhone 6 concept uses magnets to attach to an official iPhone dock with a Lightning connection.

This vision of the iPhone 6 includes a Lightning port on the bottom as well as a speaker, so no front facing BoomSound here.

The image below shows the iPhone 6 concept next to an iPhone 5 for size comparison. This version of iPhone 6 is larger than the iPhone 5, which is one rumor we’ve heard. There are also rumors of multiple size iPhones, which could mean an iPhone 5S with a 4-inch display and a larger screen iPhone 6.

Read: How Apple Could Launch an iPhone 5S and a Larger iPhone 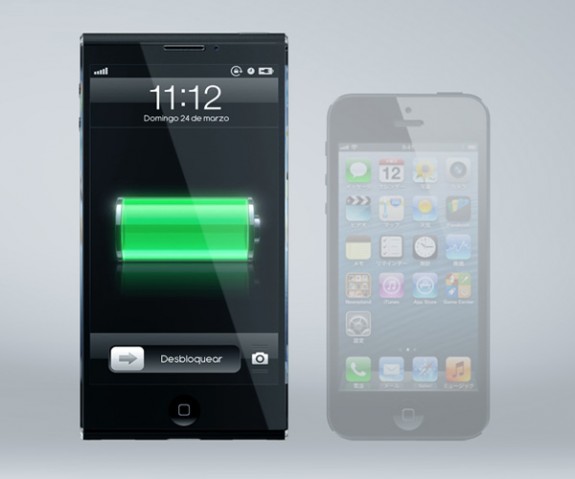 Showing this iPhone 6 concept vs an iPhone 5 for size comparison.

In this iPhone 6 concept, the headphone jack and power button are on the right side of the device. We’ve seen similar options on Android devices. Such a change would call for a new pair of Apple EarPods with an L shaped connector.

The iPhone 5S is rumored as the next iPhone, which could launch this summer. The latest rumors point to an iPhone 6 that could be the first iPhone with a fingerprint reader and with wireless charging. There are no iPhone 6 design rumors, other than talk of a prototype without a traditional home button. Based on Apple’s history, the company will likely keep a similar design for the iPhone 5S and introduce a new look for the iPhone with the iPhone 6, sometime in 2014.