Earlier today, Apple released the iPhone 5S and iPhone 5C, its two latest smartphones. However, many consumers, particularly iPhone 5 owners, are looking ahead to the future, to an iPhone 6. And while rumors swirl about next year’s iPhone, designers are taking it upon themselves to imagine what an iPhone 6 could look like and this latest iPhone 6 concept is one of the sleekest yet.

Apple’s other iPhone is the iPhone 5S, the true successor to the iPhone 5 and a device that comes with a number of perks including a fingerprint reader, upgraded camera, and a new A7 processor. Like the iPhone 5, it comes with a 4-inch Retina display, anodized aluminum design, iOS 7 and a starting price tag of $199.99. 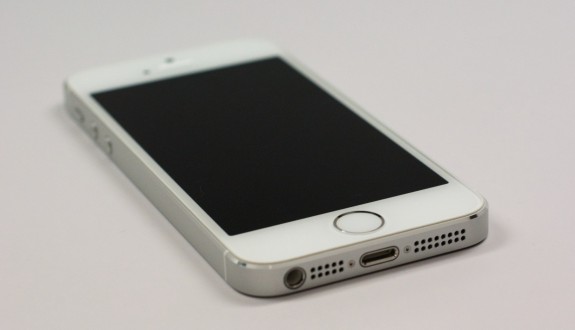 The iPhone 5S arrived today. It will likely be replaced by an iPhone 6 next year.

Consumers around the world placed orders online this morning and many others stood in line and braved the elements in order to secure a new iPhone on release day. Now that the iPhone 5S is out though, consumer attention is going to start shifting towards next year and a possible iPhone 6.

Rumors have been floating around, suggesting that Apple is at least testing a large screen iPhone, a device that could look to compete with Samsung’s Galaxy Note line and help to expand the company’s iPhone lineup. And while we won’t see a large screen iPhone this year, it’s possible that we could see one arrive next year with the iPhone 6 as Apple typically goes big with its numbered iPhone models.

While we still have no idea what an iPhone 6 from Apple looks like, we have seen designers come up with some ideas about how an iPhone 6 could, and maybe should look. 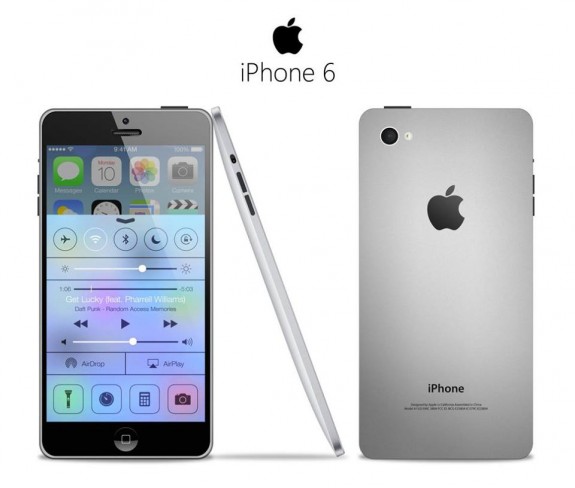 This 5-inch iPhone 6 concept draws from the original iPad.

The latest is a concept from DeviantArt that depicts a sleek looking iPhone 6 that borrows heavily from the original iPad, a device that was released back in 2010. The concept features a 5-inch display, something that is within the realm of possibility, and it comes with all of the bells and whistles of a real iPhone.

The only thing missing on this iPhone 6 concept is the fingerprint reader embedded in the home button, something that arrived with the iPhone 5S for added security.

This iPhone 6 concept is also running what appears to be iOS 7 though any iPhone released next year will almost certainly be running iOS 8, an update that figures to be a huge upgrade over the current software.