A sleek new iPhone 6 concept skips the futuristic fluff and shows us what the iPhone 6 could actually look like with a thinner waterproof design, magic trackpad like home button, a better camera and a design that’s believable.

We’ve already heard rumors of an iPhone 6 prototype without a home button, and based on the design and iPhone 6 features in this concept, it’s definitely something Apple could possibly deliver to eager iPhone shoppers. 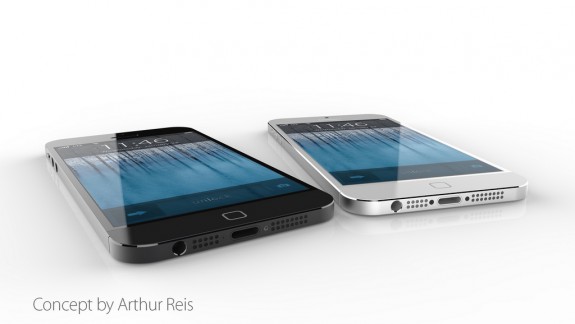 A new iPhone 6 concept with a thin design, waterproof capabilities and a new home button.

If Apple does make an iPhone 6 without a home button, expect some new method of activating the home button. It’s not like Apple, a company that stresses over a change in screen size, will up and change one of the primary means of controlling the iPhone without some kind of shift.

This new home button area allows users to tap anywhere to control the iPhone’s home button. This could potentially cause user input problems, but perhaps he is figuring in some iOS 7 software magic to prevent errant clicks and home button activations.

While it’s not visible at a design level, the iPhone 6 concept is also waterproof and rugged. This concept shows an iPhone capable of surviving 12m drops, scratches and can survive up to 10m underwater. This may sound far-fetched, but the Sony Xperia Z already offers a slim waterproof design. 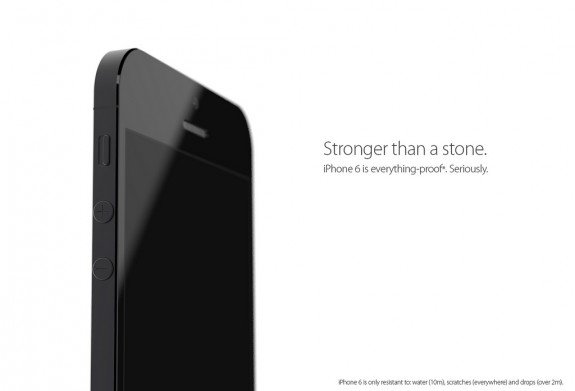 There are numerous companies that offer waterproofing services direct to manufacturers like Apple and even directly to iPhone owners so this is not out of the question.

When Gotta Be Mobile asked Case Mate if the company was working on any waterproof or rugged cases at CES 2013 the company told us that they don’t have any in the plans. Instead, Case Mate believes manufactures will solve waterproofing and ruggedness of smartphones in the next year or two, allowing the company to focus on style.

While Apple has yet to release a rugged smartphone, there is a huge demand for waterproof cases, which could lead the company to fill the void with the next major redesign, rumored to be the iPhone 6.

This iPhone 6 concept also slims down to just 6.1mm, down from the iPhone 5 which measures 7.6mm.

Sound impossible to combine a rugged, waterproof iPhone 6 design with such a thin size? Of course it sounds tough, but there is already a 6mm thick smartphone that’s strong enough to use as a hammer. The Chinese Oppo Finder is a 6.65mm thick phone that runs Android and can handle a work environment as shown in the video below.

With skills like that users wouldn’t need an iPhone 6 case to carry their iPhone without a worry.

This iPhone 6 concept also features a 12MP rear facing camera with a f/1.8 aperture. This would likely deliver a better low light photo experience on the iPhone.

Rumors point to an upgraded iPhone 5S camera, so we may see this type of upgrade arrive before the iPhone 6. iPhone competitors like the HTC One and Samsung Galaxy S4 are packing in better cameras or camera apps to compete with the iPhone 5.

Rumors point to an iPhone 5S release this summer or fall, which would pre-date the iPhone 6 release. While we don’t know anything about Apple’s plans for certain, we will likely see an iPhone 5S before the iPhone 6. At least one rumor claims the iPhone 6 will launch in 2013 after the iPhone 5S, but that is less likely.

Check out the full set of iPhone 6 concept photos on Arthur Reis’ Flickr page and in the gallery below. 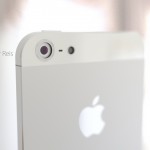 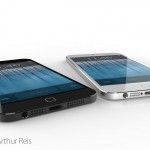 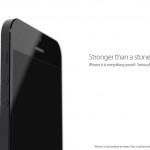 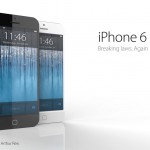 One iPhone 6 concept from Arthur Reis, showing a waterproof iPhone 6 with no home button and a stronger finish.