As an industry leader Apple is often the target of competitors who seek to deliver an iPhone-killer or even an iPhone competitor and Huawei is the latest company to set it’s sights on Apple and the iPhone 6.

Apple has yet to announce the iPhone 6, or even the iPhone 5S, but a Chinese company is ready to go head to head with whatever Apple brings to the table.

Speaking at the launch of the new Huawei Ascend P6, which the company bills as the world’s thinnest smartphone, Huawei’s CEO stated his plans to challenge Apple and Samsung.

“With our flagship phones we want to compete with the Samsung Galaxy S4 and iPhone 5, 5S and iPhone 6,” – Richard Yu Huawei CEO.

Yu added, “It is this level of product that is our target,” explaining Huawei plans to take on the iPhone 5S and iPhone 6 through massive spending on research and development and over 70,000 employees dedicated to the task, allowing Huawei to, “take a leadership on industry innovation.” Yu made the remarks during the Ascend P6 launch. 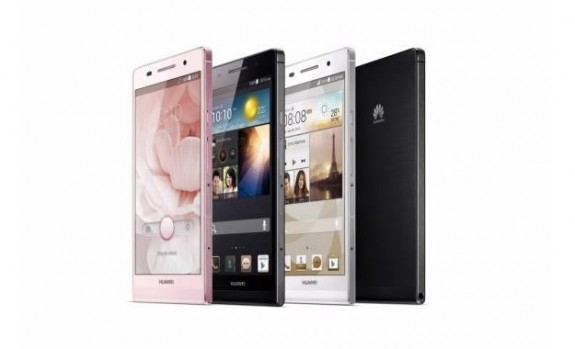 Huawei plans to compete with the iPhone 6.

Apple is a household name in the U.S. and the rumored iPhone 5S is expected later this year, possibly in September. Apple is also reportedly working on an iPhone 6 for 2014. Some rumors claim the iPhone 6 will offer a bigger, higher-resolution display and a new design that might remove the home button.

We expect Apple plans to launch the iPhone 5S in September based on a variety of analyst commentary and supply chain leaks. The iPhone 5S will look like the iPhone 5 if the leaks are accurate, and is to be expected for an “S” release.

The Huawei Ascend P6 is an incredibly slim smartphone measuring in at 6.18mm thick, nearly 1.5mm thinner than the iPhone 5. The sleek smartphone received praise for the good looks and design, but poor marks for lagging performance, overheating and specs befitting a smartphone from 2012, rather than the middle of 2013.

Apple isn’t playing a specs game to compete, opting for a smaller and lower-resolution display inside a good looking frame and great performance.

Huawei isn’t as well known in the U.S., but the company is a well known global manufacturer which recently talked about buying Nokia, a brand with a bigger U.S. presence and a bigger emotional connection to consumers, many who started their mobile journey with a Nokia device.

Bold plans take time, and if Huawei plans to compete with the iPhone 6, the company has at least another year to plan, develop and manufacturer an iPhone 6 competitor.