Three new photos of a 3D mold show what the iPhone 6 could look like in your hand with a bigger 4.7-inch display and a new thinner design that matches the iPad and iPod touch more than the iPhone 5s.

Rumors point to a new Apple iPhone 6 announcement later this year with at least one model featuring a larger 4.7-inch screen. This is a increase from the iPhone 5s’ 4-inch display, and we may even see another larger iPhone 6 model with a 5.5-inch display.

For the past several weeks new iPhone 6 rumors and leaks point to a slimmer device that is no thicker than the iPod touch. In order to shrink the iPhone 6 to this size Apple would need to shave 1.6mm off the thickness of the iPhone 5s, or about a 26% decrease in thickness. This is a big change, but when Apple introduced the iPhone 5 in 2012 the company was able to cut the thickness by just over 22%.

Yesterday we shared a video showing how thin the iPhone 6 could be if these leaks are correct, with an iPod touch as an example of a device that is just over 6mm thick. At least one case maker in China is working on a case that is designed for a thinner iPhone 6 with a new design.

For years the trend was to release a new smartphone that is thinner and lighter than the previous model, and if the rumors are true Apple is still moving in this direction. Two of the top smartphones for 2014 bucked this trend. The HTC One M8 is slightly thicker and heavier than the HTC One it replaces thanks to a design with more metal. The Samsung Galaxy S5 is thicker and heavier than the Galaxy S4, because the is device water-resistant.

In a series of three new iPhone 6 photos we get to see what a new thinner iPhone 6 with a bigger screen could look like in your hand, assuming the current rumors are correct. The photos appeared on a Chinese forum, where Nowhereelse.fr discovered them. It is not clear where the iPhone 6 molds come from, but they appear to be based on recent leaks and rumors. 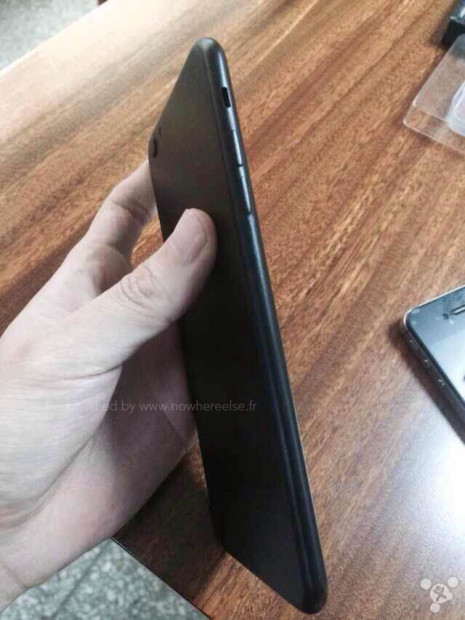 The iPhone 6 may be as thin as an iPod touch.

This photo shows a larger iPhone 6 in a hand, but does not include any dimensions. Based on the size of the hand in relation to the mold it is likely that this is for a device with a 4.7-inch display. Unless the user holding this leak is the owner of extraordinarily large hands the size is close to what the HTC One M8 and Galaxy S5 look like in an average hand. 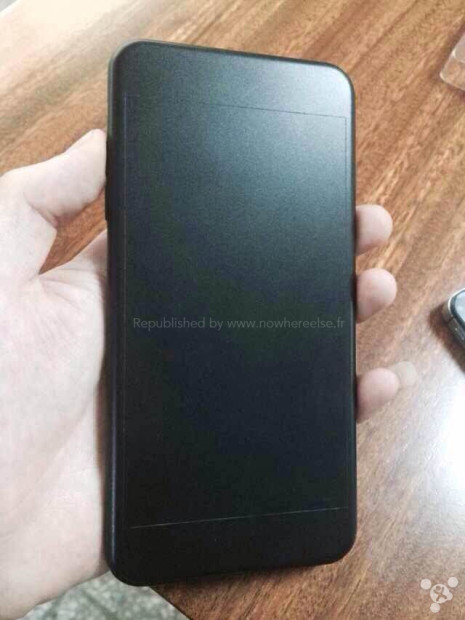 This is what an iPhone 6 with a 4.7-inch display could look like in your hand.

The front of this mold shows a small imprint area where a screen would be on an actual iPhone 6. This includes symmetrical bezels on the top and bottom of the iPhone 6. The side bezels do not appear to be very small. The actual dimensions of the iPhone 6 are up in the air with multiple reports suggesting a device that is anywhere from 136mm wide to 140mm wide for a 4.7-inch device. Below are potential iPhone 6 dimensions based on leaks.

As you can tell there are a variety of different ideas for the size of the new iPhone and the thickness varies from 6mm to 7mm thick depending on the source. 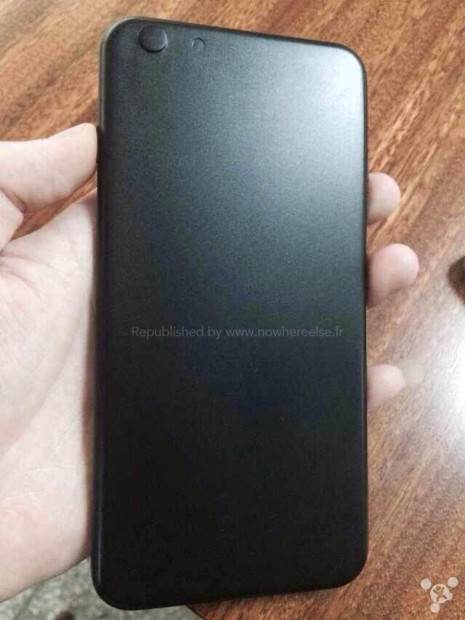 The back of the iPhone 6 mold shows a camera bump, but it may be for fitting a case.

In a third photo we see the back of this iPhone 6 mold which shows a protruding camera and a circular flash. If Apple delivers a very thin device it could necessitate a camera hump if the company plans to include major upgrades, but recent reports suggest Apple is in favor of a thin design with a bigger sensor size over optical image stabilization. It is also possible that this small bump is to test the fit of a case.

In June 2012 Gotta Be Mobile received photos of an iPhone 5 engineering sample  made of metal that was designed for a similar purpose of testing the fit and finish of cases. It is likely this mold is for the same purpose, which means it is based off rumors as Apple does not share official case measurements with case makers until after an iPhone announcement.

The list below covers the major iPhone 6 rumors collected from various analyst notes and leaks. The overall look and feel of the iPhone 6 remains unknown, but agreement on certain specs and features will help potential buyers imagine what a new iPhone may deliver this fall.

These are a mixture of leaks and of information from Ming-Chi Kuo shared on MacRumors, an analyst that predicted many of the iPhone 5s features correctly.