A landslide of new iPhone 6 details suggest the iPhone 6 design is much better looking than leaks show and parts back up the overall look of a new iPhone. As the iPhone 6 release approaches several key leaks offer details that paint a prettier picture than mock ups would have you believe.

What the iPhone 6 will look like is not much of a mystery based on leaks and multiple mock ups that show a new design for Apple’s latest iPhone.

Even with multiple iPhone 6 videos comparing mock ups to the best smartphones of 2014, a new report suggests this is not the final design of the iPhone 6, although it may be close.

Thanks to a collection of new iPhone 6 rumors and reports we have a better idea of what shoppers can expect this fall, further proof that there is a new design in play and expectations that Apple plans to sell a lot of iPhone 6 units this fall.

Check out our iPhone 6 release date, rumors and news coverage for a closer look at what you can expect from the iPhone 6 this fall.

A major leak of potential iPhone 6 photos show off the glass front from a new iPhone with a 4.7-inch screen in black and white. 9to5Mac published a large gallery of photos that arrived by way of Sonny Dickson, who is the source of many iPhone leaks. 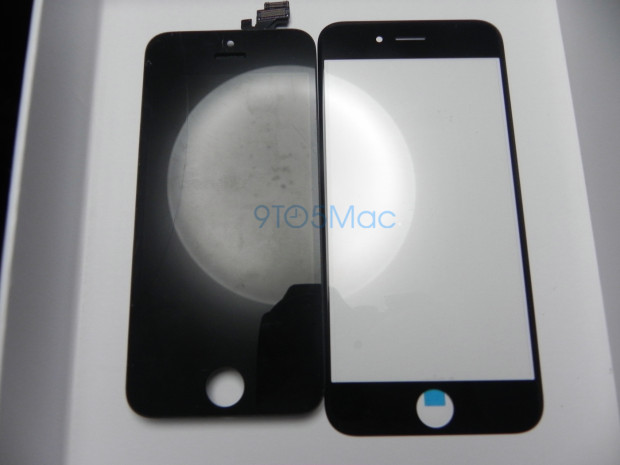 When placed next to the iPhone 5s screen, this part is only slightly larger. The photo above shows the thin bezels that help keep the iPhone 6 near the same width. The larger screen makes for a taller iPhone, but it does not appear to be much taller. Although there are no measurements it may be almost as tall as the Galaxy S5. 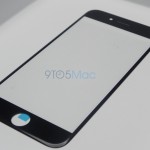 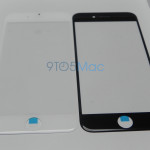 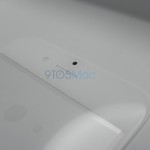 This large set of glass for one of the alleged iPhone 6 screen sizes appears to show curved glass on the edge, which will match up with the more pronounced curves on the iPhone 6. The actual display does not appear to curve like some iPhone 6 concepts originally showed.

The overall shape of the iPhone 6 mock ups is correct, but a new report from Nikkei suggests the real iPhone 6 will look much nicer. Citing a person involved with Apple on the U.S. side of the team, Nikkei reports that the rough shape is correct, but the finish and final design is not like the mockups. 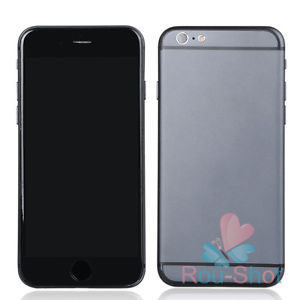 The lines on the back of the iPhone 6 mock up may not be on the final design.

Perhaps the most important part of this is that the iPhone 6 design will not include white stripes at the top and bottom of the phone, like mockups currently show. Although unconfirmed it would not be surprising to see Apple strike these from the final design for a cleaner look.

The report also claims Apple will match the glass from the front to a curve on the edge for a “sense of unity” and a gap less transition.

Talk of a thinner iPhone 6 is not new but a new report sheds light on how Apple might make the new iPhone thinner and lighter for a release this fall.

China Times reports that Apple will shift to a single film to make the iPhone 6 screen brighter, a drop from a dual film approach on the iPhone 5s.

This change could help Apple manufacture the thinnest and lightest iPhone yet. Although the report does not mention battery size or iPhone 6 battery life, there is hope that a thinner phone that is also taller will still accommodate a decent size battery. 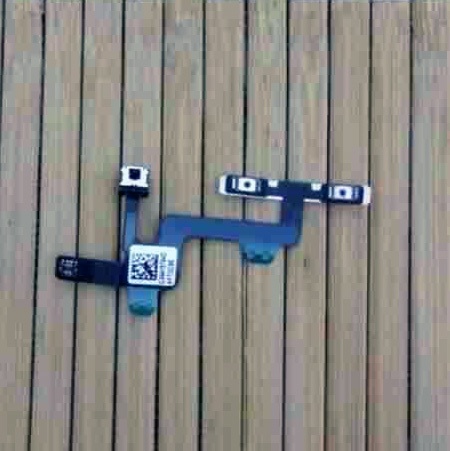 Shared on MacRumors, these alleged iPhone 6 parts show a volume cable that would fit with two new volume rockers and support for a power button on the right of the device.

The new volume design matches a thinner overall iPhone and a power button on the right side is easier to press than one on top, on a larger iPhone.

A new note to investors from Evercore Partners suggests Apple will sell 58 million iPhones in the December quarter. This would be a jump of 14% from the same quarter year over year and nice spike from the current quarter. The quarter before a new iPhone release is slower than normal, due to consumers waiting for a new iPhone. 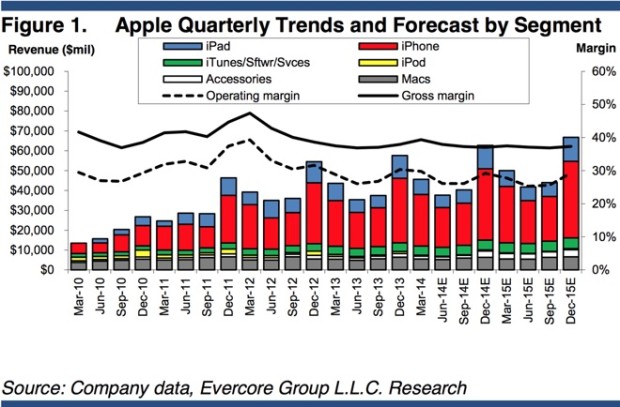 The iPhone 6 could lead to massive sales, and push AAPL stock up.

Evercore Partners analyst Rob Cihra believes this will come from pent-up demand for an iPhone 6 with a larger screen, in a note published by AppleInsider. Apple shipped 35 million iPhones during the last quarter.