Apple is rumored to be unveiling the iPhone 6 on September 9 during a company media event, where the device will then be expected to go on sale a week or so later.

According to Re/Code, which has been reliable in the past with Apple rumors, the Cupertino-based company will announce the iPhone 6 on September 9, which is when we’ll get our first official look at the latest iPhone and its all-new design.

UPDATE: The Wall Street Journal has also chimed in and says that Apple is indeed prepared to announced the iPhone 6 on September 9.

No other significant details were mentioned, but we’re not too surprised by the expected announcement date, since Apple has been fairly consistent in the past as far as when it announces and releases new iPhones.

September 9 falls on a Tuesday, which is usually the day of the week when Apple holds its media events. Fridays are usually when the company releases the iPhone to the public. Last year, Apple released the iPhone 5s on September 20, and this year could see a similar release schedule, with several rumors agreeing that September 19 will be the expected date where the iPhone 6 will go on sale.

We’ve heard reports of an October 14 release date, but we obviously have our doubts there, and we wouldn’t bet on such a late release date for the iPhone 6. 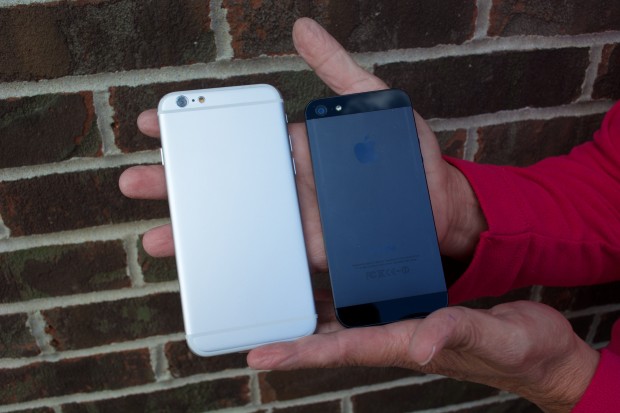 The iPhone 6 will most likely be a huge improvement over the iPhone 5s, coming with an all-new design with rounded edges, a faster processor, and a better camera. Plus, the device is expected to come with a larger 4.7-inch display, as well as a 5.5-inch display as a second version. And if you need a better reason than just a larger screen to get the 5.5-inch iPhone 6, then it may help that the new device could come with a faster processor than the 4.7-inch version.

The larger iPhone 6 with its behemoth 5.5-inch display could possibly receive a faster processor than the smaller 4.7-inch iPhone 6 model. This would mean that not only would buyers benefit from a larger screen, but they would also get faster performance as well, most notably with graphic-intensive games.

Details on the differences between the processors that could be used were not given, unfortunately, but it could be more than just an increase in the speed of the processor. In other words, the 5.5-inch iPhone 6′s processor could include a larger die, which would mean more room for graphics processing hardware.

Apple has mostly just used the same processor across iPhones and iPads, with the current generation being a good example. The Apple A7 processor in the iPhone 5s is clocked at 1.3 GHz. The iPad Air and the iPad mini with Retina display have the exact same chip as well, but the iPad Air is clocked at a slightly faster 1.4GHz. 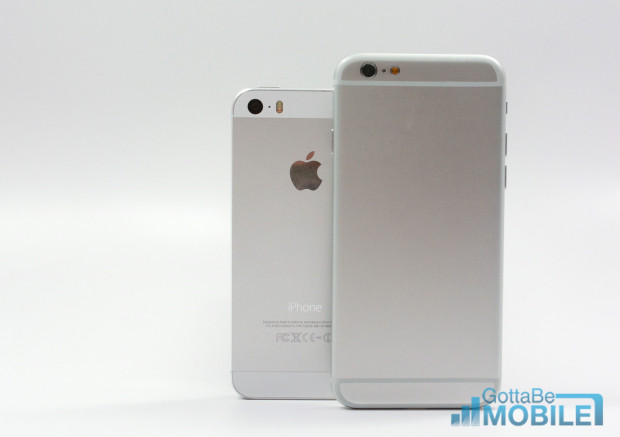 But in any case, you shouldn’t feel the need to get up early and wait in line to snag an iPhone 6, as it’s said that Apple plans to produce between 70-80 million iPhone 6s leading up to the device’s launch day, and this number is split between the two rumored models of the upcoming phone, the 4.7-inch model and the larger 5.5-inch variant.