Apple should skip the iPhone 5S and jump straight to the iPhone 6 release if it wants to simplify the iPhone naming and avoid an iPhone that is seen as a minor upgrade.

The iPhone 6 name alone, even if it represents a minor jump in specs and features is one that Apple could benefit from as consumers look for a clear indication of a new model. 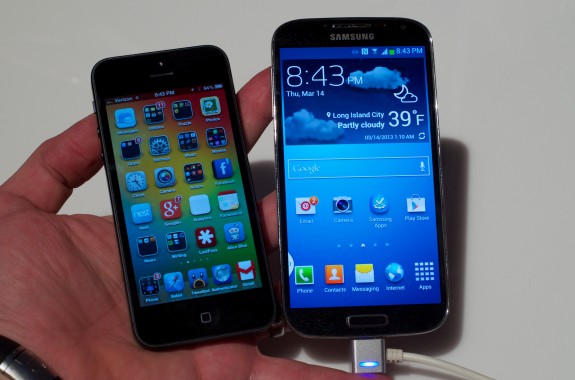 If the iPhone 5S is a minimal upgrade, can it compete with the Samsung Galaxy S4?

It’s clear that the iPhone cannot simply switch to a non-numbered system as it would further complicate the naming system and potentially cause consumer confusion, but according to Segall, we would be better off if, “Apple never created a ‘4S.'”

Apple kicked off a trend of offering an iPhone with minimal changes when it introduced the iPhone 3GS in 2009 and cemented it when the company released the iPhone 4S in 2011 with Siri.

This fuels the speculation that Apple is planning an iPhone 5S release this summer, and not an iPhone 6 summer release. The “S” naming convention quickly became synonymous with incremental changes and the same design as the last iPhone.

As Segall explains it,

More important, tacking an S onto the existing model number sends a rather weak message. It says that this is our “off-year” product, with only modest improvements. If holding off on the big number change achieved some great result, I might think otherwise.

It’s easier, according to a man with decades of marketing experience, to focus on a full model number change that lets consumers and pundits debate the incremental or revolutionary changes of the next iPhone rather than let a model number and name do it.

This leads him to call for the iPhone 6 name for the next iPhone model, though he admits his vote is “meaningless”. 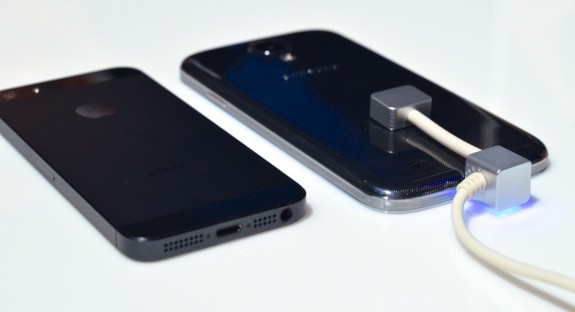 The iPhone 5S may look just like this, next to the Galaxy S4.

In late 2012, Gotta Be Mobile called for the iPhone 6, arguing that Apple needs to deliver, “more than a minor hardware update or two.”

Gotta Be Mobile Publisher, Xavier Lanier argues that Apple needs to not only deliver the iPhone 6 in 2013, but that it can no longer ride the coat-tails of the major iPhone 5 release through a second year while competitors innovate at a much faster rate. Lanier writes,

Apple simply can’t afford to stand idle while Samsung launches the Galaxy S4, Google launches the next iteration of Android and Microsoft pours resources into Windows Phone. Apple needs to go back to the drawing board and announce the iPhone 6 at WWDC 2013. Sure, the iPhone 5 is still fresh in everyone’s minds, but if Apple wants to leapfrog the competition, it needs to pick up the tempo and release something that will make the Nexus 4 and Galaxy S4 look like the Treo 700 of 2013.

The next iPhone is widely believed to carry the iPhone 5S name and to deliver a small feature-set with the same design as the iPhone 5. Tim Cook claims Apple has the screen size right, which points to a 4-inch Retina Display on the iPhone 5S, while competitors find ways to increase screen size and resolution without increasing the overall size of the phone.

According to Katy Huberty, a Morgan Stanley analyst, Apple is prepping a similar design to the iPhone 5, and will rely on a killer feature to compete with the Galaxy S4 and HTC One. Huberty does not drill down on the specifics of this feature, but based on her note which claims such a feature increases value for a large number of Apple users, it could be an IOS 7 feature that also arrives on the iPhone 5 and the iPhone 4S.

Apple founder and former CEO Steve Jobs reportedly influenced the design and features of the next two versions of the iPhone before his death, which means users may see his touch on the iPhone 5S and iPhone 6. 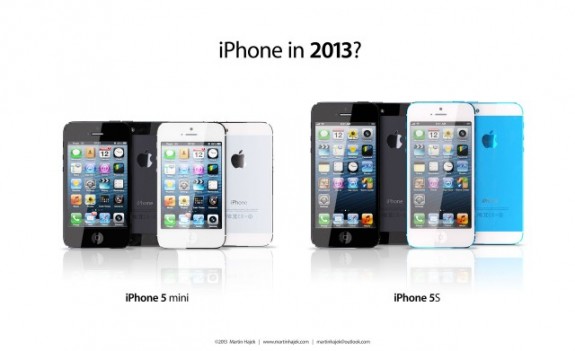 Apple is likely to announce the iPhone 5S, a minor upgrade in 2013. Image via Martin Hajek.

Apple is reportedly in the middle of an iOS 7 user interface overhaul which could deliver a new look and new features to iPhone and iPad users. The undertaking is apparently large enough that Apple is pulling engineers from OS X to help the delayed project meet internal deadlines, likely a summer WWDC 2013 announcement.

Rumors point to the possibility of an integrated fingerprint reader in the iPhone 5S home button which could enable secure mobile payment transactions and deliver better overall device security. One analyst believes Apple will not put this technology in the iPhone 5S, but will instead save it for an iPhone 6 feature. Rumors do not agree on whether the iPhone 5S will feature NFC technology, something that many mobile payment services require.

The next iPhone could feature a better camera, a faster processor and a new 4G LTE radio chip that makes using the device across a variety of carriers easier.

The iPhone 5S release date is currently looking good for the summer, with rumors of iPhone 5S production starting soon and multiple sources indicating a summer launch and release. While the dates don’t agree on each rumor, most credible sources are pointing to summer.

Unless Apple decides to take Segall’s advice and call the next iPhone the iPhone 6, users will likely need to wait until 2014 for an iPhone 6 release date.