According to the search trends, consumer interest in the iPhone 6 overshadows the iPhone 5S, even though this is likely the iPhone that will arrive on store shelves later this year.

Apple is known for following an iPhone naming system that adds an S to the end of the name for the model after a major re-design. The iPhone 5S is expected this summer with iPhone 5 looks and a few new features, but consumers are clearly focused on the iPhone 6.

With Google Trends we can compare search data for multiple search terms for a last year, and the iPhone 6 is clearly of more interest to consumers, even if it is in name only.

iPhone 6 vs. iPhone 5S consumer interest based on searches. Blue is iPhone 6, Red is iPhone 5S.

While Apple’s naming system could always change by the time the next iPhone arrives, many believe it will carry the iPhone 5S name, and that consumers will need to wait until 2014 for the iPhone 6.

Google Trends looks at the number of searches for a term over time, offering a 0-100 scale of interest in a search term over time. This gives us insight into what consumers are searching for most, in this case it’s the iPhone 6.

Why Is the iPhone 6 More Popular?

There are a number of reasons the iPhone 6 is more popular than that iPhone 5S, but perhaps the most obvious is that even with two generations of S models, many iPhone users think the iPhone that comes after the iPhone 5 will be the iPhone 6.

This is one of the reasons a former Apple ad man publicly called for Apple to skip the iPhone 5S and deliver the iPhone 6 this year. In addition to consumer expectations of naming and model numbers there is another big reason consumers may not care as much about the iPhone 5S. 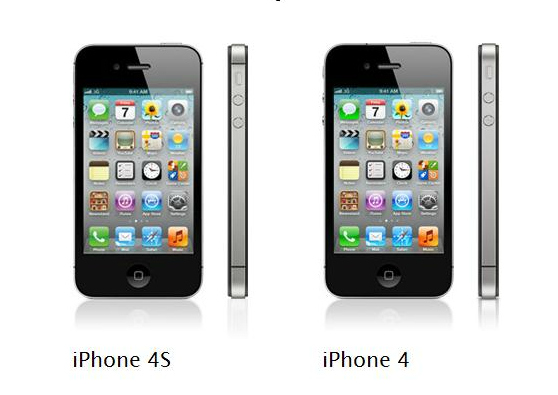 The iPhone 4 and iPhone 4S are almost identical in looks.

Apple uses the iPhone ‘S’ models to deliver incremental upgrades with the same exterior design. The iPhone 3GS brought speed improvements in the same overall package. The iPhone 4S was a slightly faster iPhone with a better camera and Siri.

For the past four iPhone models Apple trained users that every other iPhone is worth getting really excited about — and that’s what the search data shows.

Based on the iPhone 6 rumors so far, consumers may be in for major changes. Apple reportedly is working on an iPhone 6 prototype with a larger 4.8-inch display. Apple is also looking for an expert in flexible displays, which could play a role in an iPhone 6 with a radically new design or a display that won’t crack easily when dropped. At this point it’s still too early to tell if this job posting is linked to the iPhone 6 or just mobile devices in general.

It’s not clear if Apple will increase the resolution of the iPhone 6 display, but there are hints of a Retina + display in iPhone 6 prototypes and the competition is quickly making 1080P HD smartphone displays a standard feature for flagship devices.

Rumors originally pointed to a fingerprint reader inside the iPhone 5S home button, but a recent job posting and one analyst point to this arriving as an iPhone 6 feature. Supply chain rumblings also indicate we may see wireless charging, a feature that is coming to more phones recently.