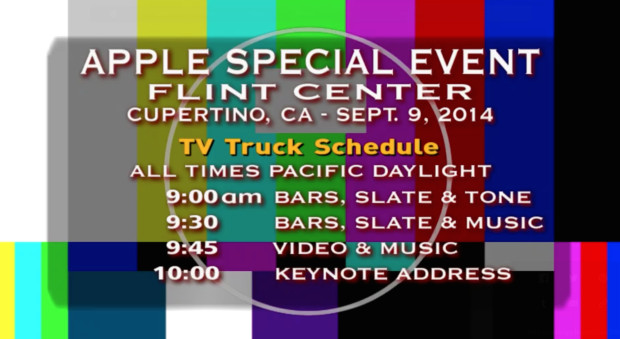 My iPhone 6 live stream was completely frozen on an iMac and the only way I was able to fix it was by refreshing Safari. After refreshing, the live stream is still experiencing issues and I’m unable to watch the event inside Safari on my Mac. On my MacBook, Apple is giving me an “Access Denied” error. That error has plagued my feed for 20 minutes now. Many of my friends, average consumers that are excited about the iPhone 6, are reporting similar issues.

While there isn’t a permanent fix, the Apple live stream is currently working on the iPad though its not perfect. Those that are in possession of an iPad might want to pull it out and attempt to follow along though it’s not a guaranteed fix.

The Apple live stream is down for some people.

At this point, it appears that that is the only way to temporarily fix these iPhone 6 live stream issues as they appear to be on Apple’s end and not on the user end because both Mac and Windows users are reporting Apple live stream problems.

At least I can see that I’m not the only one having problems with this live stream from Apple. 😞

Both Apple and Windows users having problems with the live stream… They literally had one job today.

Too many problems with Apple’s live stream. Hopefully I’ll be able to watch the presentation in full later today post-event.

Apple’s live stream is expected to last for two hours as the company runs down all of the details pertaining to the iPhone 6, iPhone 6 Plus, new wearables, iOS 8, and more. It’s not clear how long these live issues will persist though it appears that Apple is not slowing down its announcements which means some users could miss vital information.

Fortunately, there’s a good chance that Apple will post the live stream, in its entirety, later today. The company typically offers a full length video after the event concludes which means that those who do miss the event due to Apple live stream issues should be able to catch up later today.