Consumer interest in the iPhone 6 is now higher than the iPhone 5s as potential shoppers turn their attention to a new iPhone.

Right on the heels of a permanent iPhone 5s price cut to $99 and as the potential time before the iPhone 6 release date drops to two months we see a shift in what iPhone buyers are looking for on Google. Interest in the iPhone 6 overtook that for the iPhone 5c in January, just a few short months after Apple introduced the cheaper iPhone.

Consumers are already searching for the iPhone 6 more than the iPhone 5s or iPhone 5.

These iPhone 5 owners are also likely some of the most likely to search the iPhone 6, as upgrades come due in the fall after two-years of ownership.

Apple’s iPhone 5s release shared the limelight with the iPhone 5c and as an ‘s’ upgrade it did not offer the magic that pushed the iPhone 5 interest to a historic high. The iPhone 6 release date could summon this major spike in consumer interest.

The latest iPhone 6 rumors tell potential buyers to expect a larger 4.7-inch screen and possible a 5.5-inch model as well. We expect a 1704 x 960 resolution display and an updated Apple A8 processor that could enable new iOS 8 features exclusive to the iPhone 6. 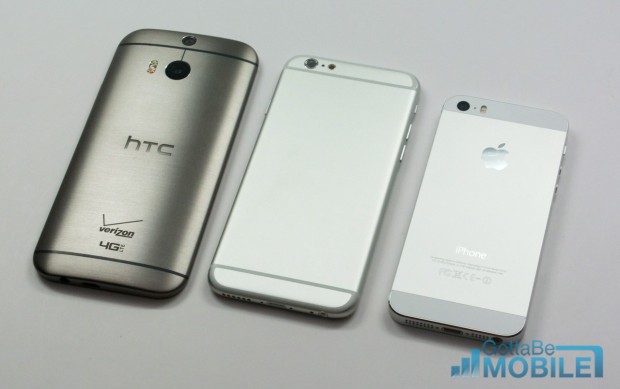 The new iPhone design features curved edges, thin bezels and a redesigned aluminum back. iPhone 6 mock-ups based on rumors and leaks already offer a good look at what potential buyers can expect, even though this is not a final design. Check out the rest of the iPhone 6 rumors to know what to expect this fall.

Consumer searches for the iPhone 6 already outpace the LG G3, HTC One M8 and Galaxy S5.

The iPhone 6 will replace the iPhone 5s as Apple’s flagship smartphone, and will go head to head with the Samsung Galaxy S5, LG G3 and HTC One m8. The good news for Apple is that searches for the iPhone 6 already outpace these devices.

Overall search interest over time favors the HTC One and HTC One m8, but it’s clear that consumers are weighing their options for a new iPhone this fall.

In May 2014 a survey of 1,000 consumers marked a drop in plans to purchase an iPhone in the next three months. Interest in the iPhone 5s is not dead, but even that early in the year there were competing devices drawing consumer attention.