As we push deeper into the year, we’re starting to hear, and see, a lot more about Apple’s plans for the future. We’ve heard rumors regarding new iPad models and we’ve also heard a ton about Apple’s rumored 2014 iPhone, the iPhone 6. Rumors peg the iPhone 6 release for the fall an suggest that it will be coming with a number of upgrades including a larger display, improved processor and camera, and a redesign that it typically of an iPhone following an iPhone ‘S’ release.

In particular, we’ve started to hear a lot about the iPhone 6’s design. Rumors unequivocally state that Apple is preparing an iPhone that might be thinner than the iPhone 5s. Leaks also suggest that the iPhone 6 might look a whole lot different than last year’s iPhone 5s and the iPhone 5 that came before it.

Recently, we’ve seen a number of supposed iPhone 6 mockups leak out. These mockups profess to show off the look of the iPhone 6 though there is reason to remain skeptical. The mockups, or models, could be based on inside information but it’s also possible that they are simply based on the plethora of iPhone 6 rumors we’ve seen surface in recent months. 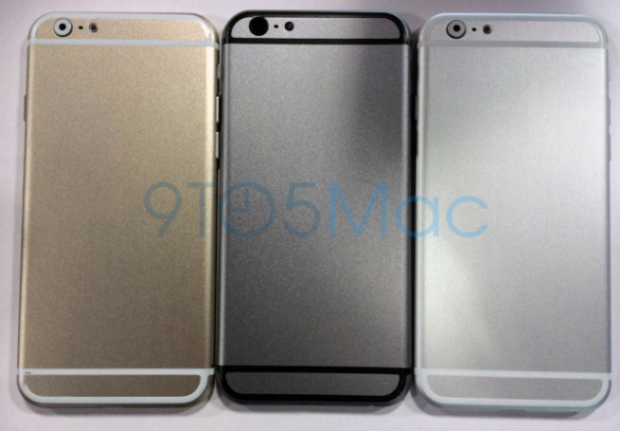 Today, 9to5Mac shows off three brand new iPhone 6 mockup photos that are similar to the all of the other mockups that we’ve seen, including yesterday’s leak from notorious Apple leakster, Sonny Dickson. These new photos though show off a trio of potential iPhone 6 colors including gold, white and gray. These colors are the same colors Apple available with the iPhone 5s.

These are indeed dummy units but this is the first time that we’ve seen a gold iPhone 6 dummy unit emerge ahead of Apple’s launch later on this year.

These new alleged iPhone 6 dummy photos are extremely clear and they feature the same rounded design that we’ve seen several times over. While these mockups don’t show them, other alleged iPhone 6 dummy units show a Lightning port, a power button that resides on the side as opposed to the top, and rounded volume buttons.

It’s not clear how thin these models are but rumors suggest that the new iPhone 6 will be extremely thin.

Dickson has claimed that the iPhone 6 may be as thin as 5.5mm. This smaller size could come in part from new display technology that reduces the thickness needed for display backlighting, as shared in a report on LEDInside of TrendForce.

Design rumors also suggest Apple could deliver a new iPhone that is up to 26% thinner than the iPhone 5s. A recent leak from Ukrainian website suggests Apple is aiming for a smartphone as thin as 6mm, but Ming-Chi Kuo of KGI Securities believes a 6.5 – 7mm thickness is easier for Apple to achieve.

In a note shared by MacRumors, Kuo also says that he believes that the iPhone 6 will come with a power button on right and narrower bezels. This lines up with what we’ve seen emerge on these mockups. Kuo accurately predicted many of the iPhone 5s’ features before its launch last September so his information should be considered extremely credible. 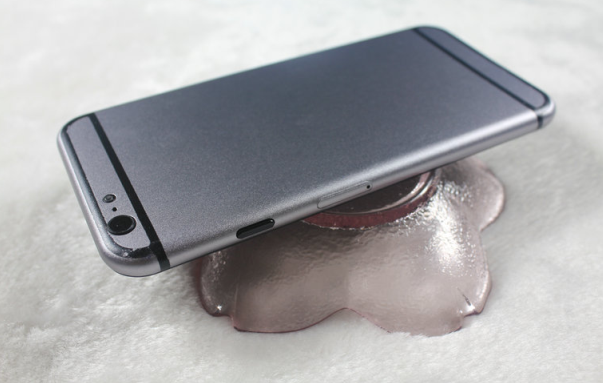 This new leak comes shortly Dickson’s leak and just days after a supposed iPhone 6 model was shown off next to two of the biggest smartphones on the market. Last week, the iPhone 6 mockup appeared next to the Samsung Galaxy S5, showing what the new iPhone 6 could look like next to Samsung’s flagship Galaxy S smartphone. Last weekend, the mockup appeared next to the iPhone 5s showing potential differences between this year’s model and last year’s flagship.

While mockups continue to leak and continue to look the same, there is always a possibility that they are not based on the actual iPhone 6 design. In 2012, a leak and sources pointed to a iPhone with a teardrop design and one case company produced a large batch of iPhone cases based on this leak and their sources. The iPhone 5 did not arrive with the teardrop design. 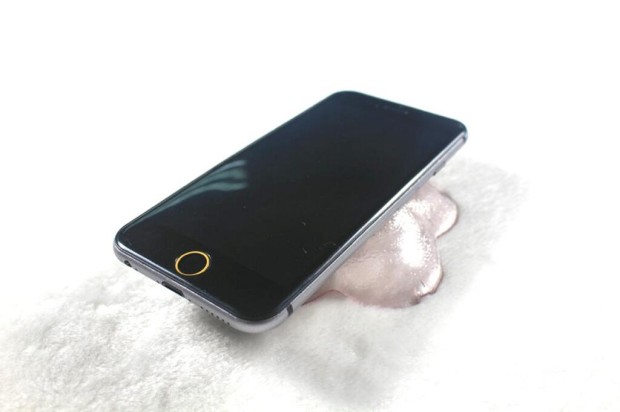 iPhone 6 rumors point to an iPhone with a larger display. Since last year, rumors have pointed to two iPhone 6 models. One model is said to be between 4.5-inches and 4.7-inches in size, similar to the mockup seen here. The other iPhone 6 is thought to be somewhere around 5.5-inches or 5.7-inches. Both are said to have full HD resolution.

iPhone 6 rumors universally point to an arrival this fall though rumors do not agree on exact timing. Reports have suggested that the 4.7-inch iPhone 6 could arrive in September with a larger 5.5-inch iPhone coming later or, perhaps, in 2015.

A new report today from The India Times asserts that the 4.7-inch iPhone 6 could arrive early in August with a 5.5-inch iPhone 6 release coming in September.