iPhone 6 Plus Shortage: Big iPhones Sent Right Back to China

The iPhone 6 Plus is in short supply due to incredible demand and smuggling rings that are selling them in China for thousands of dollars. While there were plenty of early adopters in waiting in front of Apple stores ahead of its September 19th release, some lines were filled with people that had no intention of keeping the iPhone 6 or iPhone 6 Plus units themselves. Instead, they turned over the phones for a quick profit to organized groups who are buying as many iPhone 6 and iPhone 6 Plus units as possible.

Casey Neistat put together a  short film about iPhone 6 lines in New York City that’s been viewed over two million times in the past two days. He identifies as a tech nerd and camped out for the first iPhone. Since then, he’s watched as iPhone lines have devolved from groups of Apple fans to people desperate to make a quick buck.

“I don’t think Apple, the community or any of the people in line for any reason were doing anything wrong. I attribute no fault for the bleak circumstances captured in this video. If there is an opportunity for easy gains by reselling the phones then by all means do it. I, also, cannot imagine Apple anticipated this or they would’ve better considered the roll out (they thought of everything else, including coffee for the people waiting outside),”  Neistat wrote in the description of his video. 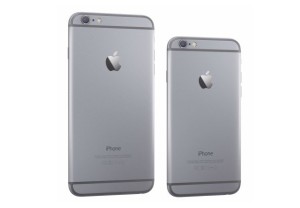 A Washington Post article detailed how the phones are being sold in China. Over the weekend, scalpers were selling the 16GB iPhone 6 for $1,430 outside of the flagship Apple store in Beijing. The iPhone 6 Plus was selling for more than $2,400. Apple limits iPhone 6 and iPhone 6 Plus sales to two per customers. The iPhone 6 Plus retails for $100 more than the iPhone 6, but resellers can realize about an extra $1,000 for the iPhone 6 Plus. You can guess which iPhone model people back in New York and cities across the United States are buying to resell.