New photos of the alleged iPhone 6 design offer an up close and personal look at how the iPhone 6 could stack up next to the iPhone 5s later on this year.

For months, we’ve heard about Apple’s supposed plans for the iPhone. Reports, leaks and rumors suggest that Apple is planning a follow up to the iPhone 5s, a device that is currently being dubbed iPhone 6 and a device that will supposedly come with a number of notable changes to the design, display, processor, camera, and more.

Over the past few weeks, we’ve seen alleged iPhone 6 mockups compared to many of the top devices on the market. The mockups, which allegedly show the iPhone 6’s design, have been shown next to the Samsung Galaxy S5, Galaxy Note 3, HTC One M8, and even the iPhone 5s. Today, we’re getting another look at what the iPhone 6 could look like next to the iPhone 5s. 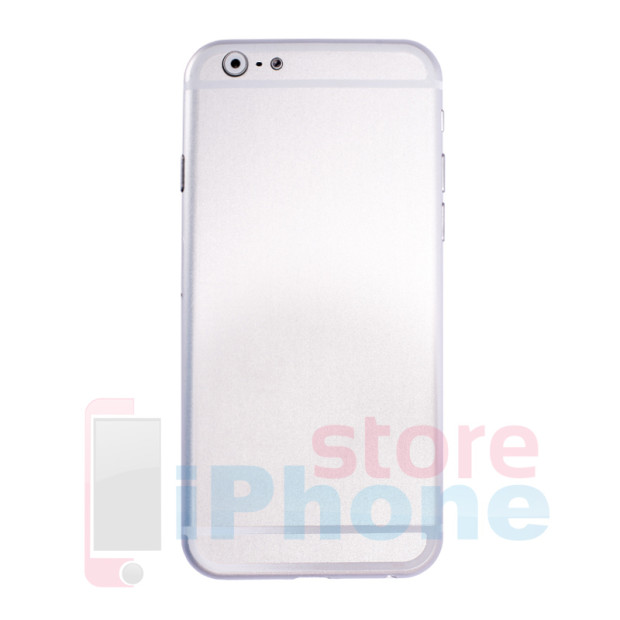 This is what the back of the iPhone 6 could look like.

These new photos come from Romanian site iPhone-Store and they show the alleged iPhone 6 dummy unit that we’ve seen numerous times. However, these photos offer a much more detailed look than some of the photos that we’ve seen and they also come with some possible iPhone 6 dimensions.

The site claims that the unit measures 137 x 66 x 7 mm, measurements that line up with most of the supposed iPhone 6 dimensions that we’ve seen emerge. 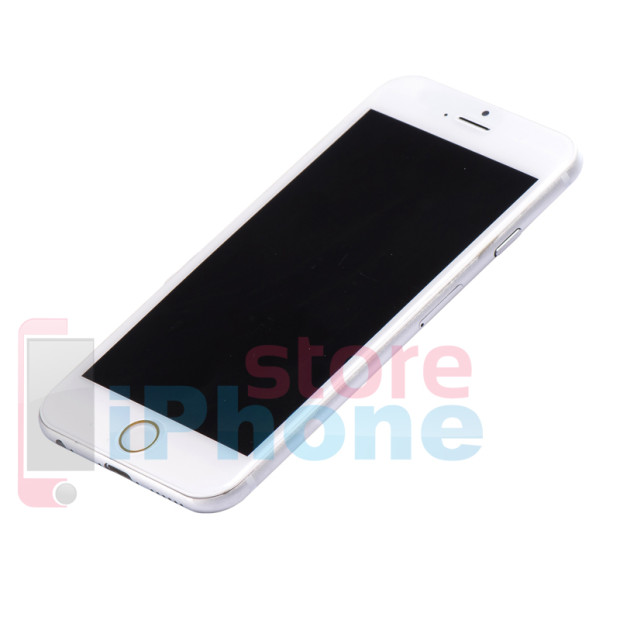 This is what the overall iPhone 6 design could look like.

iPhone 6 rumors suggest that Apple could deliver an iPhone 6 that is up to 26% thinner than the iPhone 5s. A recent leak from Ukrainian website suggests Apple is aiming for a smartphone as thin as 6mm, but Ming-Chi Kuo of KGI Securities believes a 6.5 – 7mm thickness is easier for the company to achieve. Recent leaks agree with Kuo’s assessment and point to an iPhone 6 that could measure right around 7mm thin, just like this model.

A Macotakara report shared two possible sets of iPhone 6 dimensions for both the 4.7-inch model and 5+inch model. Here is how they stack up with the iPhone 5s.

This model out of Romania also gives us a glimpse at what could be the overall look for the iPhone 6. We see the oval volume keys that have emerged in numerous rumors and leaks and we also see the power button shifted to the right hand side of the device. The iPhone 5s and previous iPhones had the power button on the top. 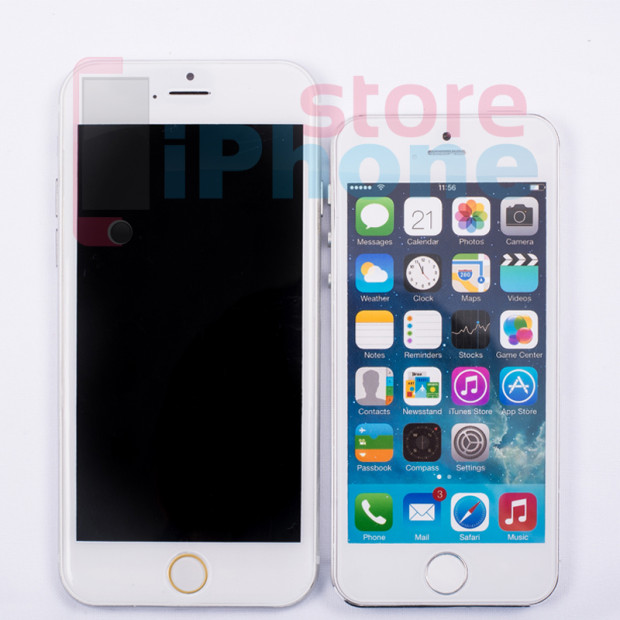 This is how it could compare to the iPhone 5s.

In a note shared by MacRumors, Kuo also says that he believes that the iPhone 6 will indeed come with a power button on the right and bezels that are narrower than those found on the iPhone 5s. In other words, this model lines up with current iPhone 6 rumors, though as we’ve pointed out, it’s possible that these mockups are off base.

The model here appears to be depict the rumored 4.7-inch iPhone 6 model though, as we push deeper into 2014, it’s becoming clear that there might be two iPhone 6 models on the way. 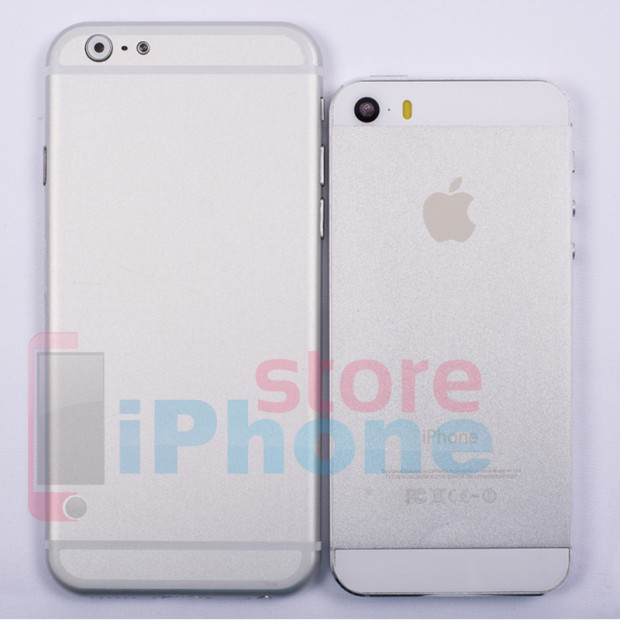 The iPhone 6 release may not come until the fall.

Rumors currently point to two different iPhone 6 models with one rumored to be between 4.5-inches and 4.7-inches in size and the other around 5.5-inches. Recent leaks have shown just how a 5.5-inch iPhone 6 could compare to the 4.7-inch model, a device that could be Apple’s home brewed Samsung Galaxy Note 4 competitor.

While the iPhone 6 rumors continue to swirl, the biggest iPhone 6 leak to date still comes from the well-sourced Kuo. He sees an iPhone 6 coming with some substantial hardware upgrades including:

A 9to5Mac report suggests that the iPhone 6 could come with a 1794 x 960 Retina Display and the same 16:9 aspect ratio that it has applied to its iPhones since the iPhone 5′s release back in 2012. This jump in resolution would lead to better, crisper looking on-screen content.

Kuo’s release date information lines up with rumors that point to an iPhone 6 release date in September. It’s still not clear if both iPhone 6 models, the 4.7-inch iPhone 6 and 5.5-inch iPhone 6 will emerge in the fall. Rumors have pointed to a delayed release for the larger iPhone, possibly into 2015, though that obviously remains unconfirmed.

iPhone-Store claims that a Romanian customer service representative for Apple informed them that the department has been told not to take leave during the month of September. While the iPhone 6 release date remains unconfirmed, all signs are pointing to an arrival in the fall and not at WWDC 2014 in June.