iPhone 6 Release Predictions Point to Summer With a Bigger Display

The iPhone 6 release date is once again pegged for summer 2013, months ahead of the iPhone release schedule Apple shifted to for the past three years.

The iPhone 5s is only a month old, but many analysts are already looking to the iPhone 6 release date to deliver a bigger screen and an iPhone that can compete with the higher resolution displays found on the Galaxy S4, Galaxy Note 3 and rumored for the upcoming Nexus 5.

Read: iPhone 6 – Early Look at What to Expect

As Apple’s stock (AAPL) rises ahead of an afternoon earnings call, Gene Munster suggests consumer anticipation and excitement for the iPhone 6 will counter slowing iPhone 5s sales. Munster predicts iPhone 5s demand will remain in place, with a smaller drop off than the iPhone 5 sales. 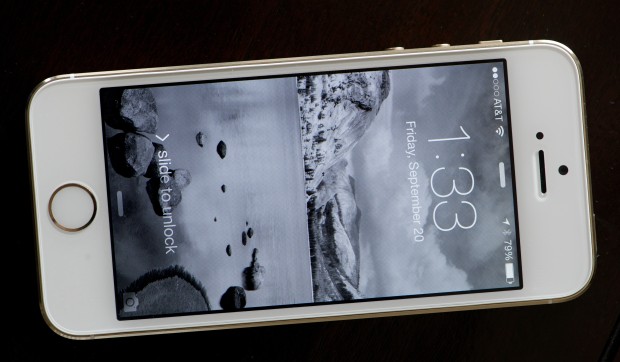 Sources agree on an early iPhone 6 release date in 2014.

According to the latest release from Munster, reported on Yahoo Finance, the Apple analyst predicts the iPhone 6 release will arrive this summer. He calls the device a “blockbuster” and believes the iPhone 6 display will be larger, though does not go into details about the size of the screen.

Munster also mentions an Apple TV set and the long rumored iWatch, but the report does not indicate any specific release or product details for either product. It is possible that rumors of these products could keep Apple stock afloat during a stretch without product announcements according to the analyst.

Munster isn’t the only analyst to predict a fast iPhone 6 release. Glen Yeung at Citi Research also predicts a faster iPhone 6 release date, pointing to H1 2014 as a possibility.

David Hsieh of NPD DisplaySearch predicts Apple will launch two versions of the iPhone 6 in Q2 2014, both of which would offer a larger display and a higher resolution. NPD DisplaySearch accurately predicted the first iPad Retina Display and was correct about the iPad Air and iPad mini updates that Apple announced last week.

According to Hsieh, Apple is planning two iPhone 6 models with the following screen sizes.

A report in The Wall Street Journal from early September reveals that Apple is experimenting with 4.8-inch to 6-inch screens for the iPhone 6. A separate report from Etnews claims Apple is already settled on a 5-inch display for the iPhone 6.

Apple is slow to adopt new technologies and trends, only increasing the iPhone display once since the original iPhone announcement in 2007. In the same period competitors like Samsung, HTC and Google increased smartphone screen sizes on an annual basis, finding success with screens that measure 5 to 5.7 inches and delivering outliers with screens as large as 6.3-inches.

While Apple may stick with the fall release schedule, in part to avoid angering users who were frustrated by a fast iPad 4 release in 2012, Samsung may be planning a Galaxy S5 release earlier in the year. This could prompt Apple to move schedules up.