The iPhone 6 release date will could come twice in 2014 according to a collection of new reports which suggest Apple may not be able to deliver a 4.7-inch iPhone 6 and a 5.5-inch iPhone 6 at the same time.

iPhone buyers are eagerly following iPhone 6 rumors that currently point to two iPhone models in 2014. While this sounds similar to the iPhone 5s and iPhone 5c strategy from 2013, rumors suggest the biggest difference will be a screen size. The screen size of the iPhone remains at 4-inches while competing smartphones near 5-inches or higher for flagship models.

Many rumors suggest Apple is working on two distinct iPhone 6 models with larger displays for this year to better compete with Samsung and HTC. This two iPhone 6 approach would also let Apple offer more choice for consumers with at least three iPhone sizes on store shelves. 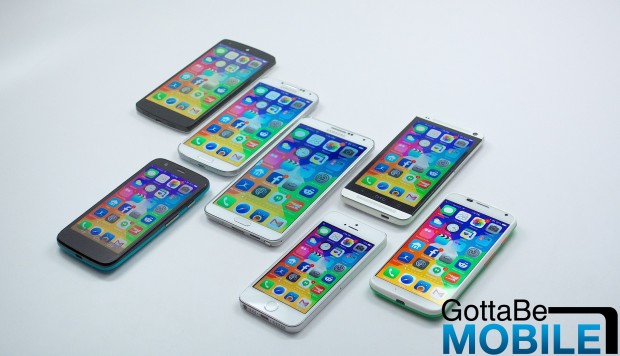 The iPhone 6 release date rumors focus on two new iPhones in the fall.iphone 6

iPhone 6 release date rumors center on September as a likely candidate for a new iPhone, but there is not the same level of agreement on Apple’s ability to announce and release two iPhone 6 models with larger screens in the same month.

A new iPhone 6 report from EMSOne, discovered by GforGames, points to a staggered iPhone 6 release date in late 2014 that could change-up how Apple announces the new iPhone this fall.

This report points to Apple starting production of an iPhone 6 with a 4.7-inch model in July, which lines up with a release date in September. This is a timeframe that analysts and rumors consistently point to for late 2014. What’s new is a report that the iPhone 6 with a 5.5-inch display will not enter production until September, which would line up with a holiday release date — in line with the iPad release cycle.

A report in Reuters from early April includes a similar prediction about the iPhone 6 release date for a 5.5-inch model. The report pointed to a 4.7-inch iPhone 6 going into production in May, but a delay for the 5.5-inch model due to issues using the current screen touch panel technology in the larger size.

A third report from Steve Milunovich, an analyst with UBS, states that Apple is planning a 4.7-inch iPhone 6 release date for August or September, but a larger 5.5-inch model is not set in stone for a simultaneous release.

If Apple delivers two iPhone 6 models with larger screens in these sizes the company will be offering a lineup similar to the Samsung Galaxy S5 and Galaxy Note 4 lineup for 2014 with a large and larger screen option. Samsung staggers the release by about six months to deliver a Galaxy S in the spring and the larger Galaxy Note in the fall.

Traditionally Apple released one iPhone and in 2013 when two models arrived Apple kept the announcement and release together. If Apple plans to deliver two new iPhones in 2014 production delays may dictate a staggered release, which could complicate the launch, consumer expectations and sales.

In theory Apple could announce the iPhone 6 with a 4.7-inch display in early September and deliver the first iPhone 6 release date a week and a half later to consumers that want a new iPhone. Apple could ignore the rumors of a larger iPhone 6 with a 5.5-inch display and announce it a month later during what is typically an iPad event. This is the least likely scenario as it would leave consumers waiting past the initial iPhone 6 release date and could hurt sales as consumer wait to see what is next.

A more likely iPhone 6 release scenario would be for Apple to announce the iPhone 6 in 4.7-inch and 5.5-inch sizes at the same event in early September. The 4.7-inch iPhone 6 release date could arrive in quick fashion and Apple could take iPhone 6 pre-orders for the larger model with a ship date of October or November.

Apple typically avoids announcing a new product that will not ship for weeks or months, but it is not unheard of. The iPad mini and iPad mini Retina LTE models shipped later than the iPad 4 and iPad Air. Apple announced the iMac well ahead of shipping dates and announced the Mac Pro well in advance of the release, which the company is still attempting to catch up to demand for.

Further complicating any fall iPhone 6 release plans are rumors of an iWatch that may require additional time to bring to the market.

We expect to see iOS 8 this summer at WWDC in early June, which will show developers what Apple has planned for iPhone and iPad users later this year. Typically the new version of iOS arrives days ahead of a new iPhone release date. While the iOS 8 announcement won’t likely show off the a design for a larger screen we may see hints at what Apple is planning through new software features.

iPhone 6 rumors are firming up with agreement on screen sizes and leaks pointing at a new design that uses more metal with rounded edges similar to an iPad mini. iPhone 6 camera rumors are still up in the air with hints of optical image stabilization and improved quality, but not necessarily a major jump in megapixels.